Princess Alice Hospice goes back in time for Remember A Charity 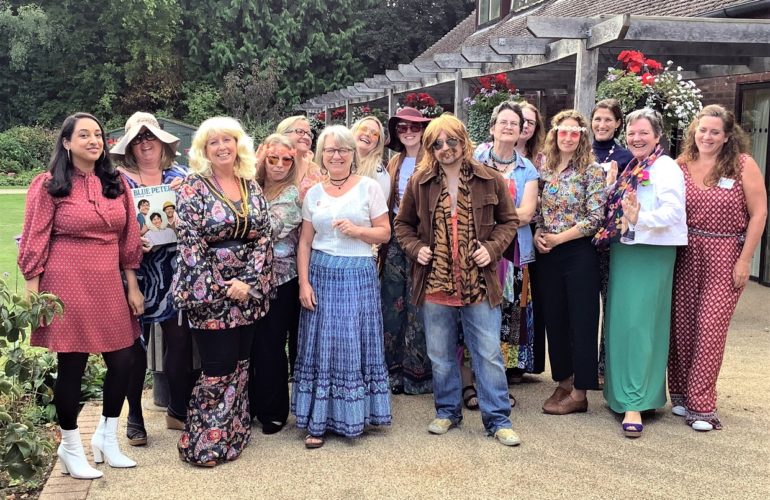 Princess Alice Hospice in Esher, Surrey, supported Remember A Charity Week this year by going back to the 1970s.

The charity returned to the days of the UK joining the Common Market, decimalisation, the first test-tube baby and the emergence of punk.

The hospice was one of more than 200 charities taking part in a series of events around the UK urging supporters to pass on something to charity by leaving a gift in their will, after they’ve taken care of friends and family. Former Strictly Come Dancing head judge Len Goodman featured in the national publicity drive for the campaign, along with a spoof version of “Points of View” the BBC TV viewers’ feedback programme. 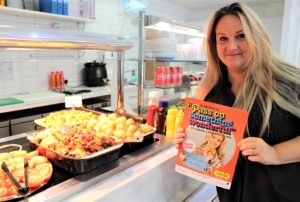 To mark the campaign the hospice displayed 1970s memorabilia including clothing, household items, LPs, books and toys from the era, as well as a special 1970s menu comprising chicken chasseur, minute steak, a cold buffet with poached salmon, iconic cheese and pineapple on cocktail sticks, and a prawn cocktail. Menus were designed with 70s stars adorning the pages.

Staff delved into their wardrobes – and the charity’s high street shops – to dig out 1970s fashions like flares, hippy gear, platform shoes and shades. There was also a 70s-style film screening of the week’s promotional videos, with popcorn.

It was all with a serious purpose – to highlight the huge importance of legacies in funding the work of Princess Alice Hospice. Last year £5.1 million was donated through wills to the hospice, making it the charity’s biggest income stream – 50 per cent of the total £10.3 million.