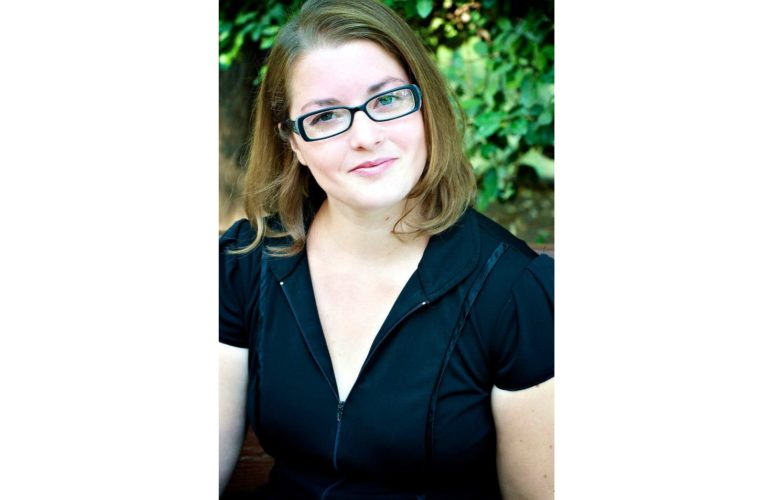 In 2017 Hospice UK joined forces with Project ECHO, a learning model that uses videoconferencing to enable healthcare specialists to share knowledge with others. It’s an approach that is revolutionising healthcare by reaching more patients and professionals around the world, and is helping Hospice UK meet its aim to improve access to hospice care as part of its five-year strategy. Based in Albuquerque, New Mexico, Ellie Cordova is the Replication Manager for Project ECHO. Here she gives us an insight into how it works.

What does your role as Replication Manager involve?

After Dr Arora (creator of Project ECHO) published his initial New England Journal of Medicine article there was tonnes of interest from around the world in learning how to do what he had done, so he formed the replication team. I oversee this team, and our job is to teach others how to use the model to support them.

We help our partners get their contracts in place to be able to use the intellectual property, teach them during immersion trainings that we host once a month, provide them with technical assistance to successfully launch the model, and of course, track their work so we can share what we’re doing around the world.

I also support our superhubs. A superhub is an organisation that’s been authorised to do those immersion trainings, and provide technical assistance just like we do in Albuquerque. I help support those groups and make sure they have the resources they need to be successful. We have 15 around the world, everywhere from the US to Canada to Uruguay, UK, Australia, India, and it’s always growing.

What benefits have you seen Project ECHO have in different parts of the world?

The major benefit is that you can tailor the needs to the local community, whether that’s a community of practice or a geographical community. For example our partner MD Anderson in Houston trains global communities but they only train organisations that deal with cancer. So they’re able to tailor their immersion training to really focus on the needs and challenges of replicating ECHO in the cancer space.

Superhubs are also able to approach their training differently, so some of them will travel to train, they’ll go on site and can be hired to deliver immersion training to teas that can’t travel. Superhubs are absolutely critical to the movement because we have a grand goal to positively impact 1 billion lives by the end of 2025, and we can’t possibly train enough hubs out of Albuquerque to support that type of growth. They help us decentralise the support of ECHO and get more hubs able to replicate the model.

How easy or difficult is it to replicate the model in different countries?

That’s the beauty of the ECHO model and of a decentralised movement, we encourage innovation and we’re very flexible. The ECHO model is actually just for four core points: using case- based presentations, using technology to leverage scarce resources, monitoring outcomes with a web-based system to track the work that’s happening, and it’s sharing best practices. There’s also a secret fifth principle, ‘all teach all learn’, that’s really critical.

We essentially train people on those five points but then they’re welcome to innovate and apply them to local contexts. Obviously not all ECHOs are in English, there are many in Spanish, French, Swahili and other languages, and it does look different in different cultures depending on the contextual needs. In India and in parts of Africa some of the ECHOs are huge, sometimes there are a couple hundred people calling in, while in the UK we usually say 20 to 30 people is a good number. It may not be ideal for engagement, but those communities have such a great need for ECHO that they’re able to work it out.

Where is ECHO having the greatest impact?

It’s so different for different places. In India and Africa the ability to disseminate knowledge widely is really important. You look at a country like India where there’s a huge population, and it’s very spread out. There are a lot of rural communities that don’t have a lot of access to care. It’s been game-changing for a lot of people to get access to best practice knowledge in a place where it can be really difficult to disseminate that knowledge.

In the UK and the US it looks very different. Our communities of practice are much smaller. But in New Mexico for example, we’re a very rural state. We’re very large geographically but we only have a population of a little under 2 million, and in Albuquerque, the biggest city, it’s about half that population with 850,000. So this huge piece of land has lots of rural communities.

The reason the ECHO model was founded by Dr. Arora was because he was one of only two hepatologists for the whole state of New Mexico. Some people would have to drive hundreds of miles to see him, and many of those people didn’t have the financial resources to take time off work to make the drive to Albuquerque, and they might not have had childcare or transportation. People were quite literally dying to see him. The fact that he was able to train and support providers in their communities completely changed the face of hepatitis care in New Mexico, and his wait list went from eight months to two weeks over the course of that project.

People can now get localised treatment in their communities with a doctor they know and trust, they don’t have the stress of having to travel, and it’s financially much more approachable. They’re getting better care in their own communities. It’s made a huge difference and we’ve sustained it, we have hepatitis C treatment providers all over New Mexico now, and people can get the care that they need.

Dr Arora talks a lot about the right care at the right place at the right time, it’s a really big part of ECHO. So the specific impact is very different depending on the community utilising it but I think the important thing is anywhere you have specialised knowledge that needs to be disseminated ECHO can really help.

How do you think it can help the UK’s overstretched NHS?

For ECHO to scale effectively we really need to partner with governments, that way we can really bring it to communities. We’ve seen a lot of success in Northern Ireland with an amazing collaborative partnership there between Hospice UK and the local health and social care board. I think governments can utilise ECHO in a very efficient way because it helps them to improve their systems.

We are working to transform the US healthcare system and really help our federal government understand how important ECHO can be to help improve healthcare practice around our country. Like in Northern Ireland ECHO has done a great job in Ontario, some groups there that have partnered with the local Ministry of Health to get funding. Government partnerships are critical to the spread of the movement, and ECHO can transform healthcare systems, which is why we think they like to work with us too.