Community Engagement Putting people at the heart of the campaign - ehospice

Putting people at the heart of the campaign 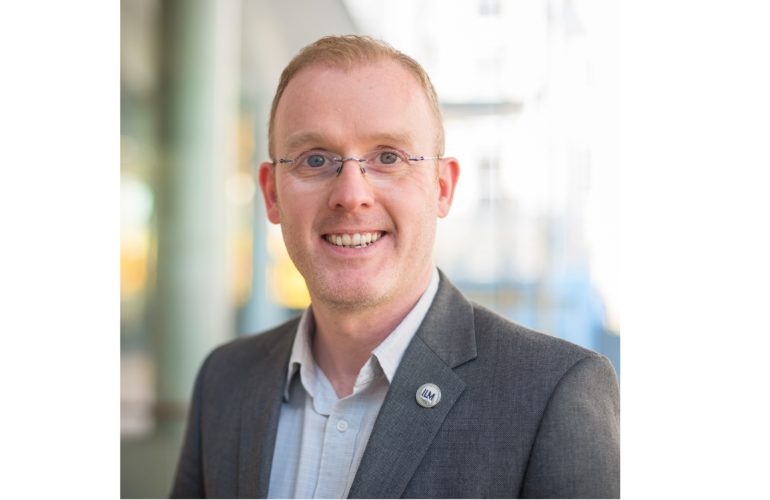 Chris Millward, founder of Legacy Giving Expert, tells ehospice about the importance of legacy giving for hospices and what needs to be done to allow legacy giving to flourish.

What are the benefits of legacy giving for hospices?

As service providers helping people through the later stages of life, there’s an opportunity through conversations for them to improve the service they are able to provide. A legacy gift is at its heart a reflection on someone’s life and an expression of their love, and actually it’s a real opportunity for hospices to help people reflect on those things towards the end of their lives. Patients win and hospices win, it improves care and provides sustainable long-term income to provide more care.

Legacy gifts are generally unrestricted so they can be flexible in terms of how they are used, they’ve got really great ROI [Return on Investment], and with just a little investment you can start to see the benefits.

What can hospices do to encourage more legacy giving?

It needs to be on the agenda and hospices need to take a strategic approach, and that’s not just within fundraising but shared as a responsibility across the whole organisation – the knowledge, skills and confidence to be able to have these sorts of conversations needs to be part of their DNA, and supported and resourced appropriately.

Then they need to have a very clear vision of what legacy giving will help them achieve that other types of giving might not. That needs to be expressed externally in terms of how they talk to people but also internally, and they need to be very clear about what the ambition of the program is, i.e. do they want to double their income in the next 10 years, or is it about ensuring as many people as possible have the opportunity to consider supporting through a gift in their will.

Traditionally legacy campaigns can be quite self-limiting by only targeting ‘best prospects’ identified as a result of data modelling/profiling, but we need to give everyone the chance to think about it and make up their own minds. We need to understand our supporters, volunteers, donors and communities, their lives, their loves and passions, because those are the reasons they will leave legacy gifts. It’s really important that the language and communication is emotional.

We talk a lot about will-writing, but we’ve lost focus on the fact that legacy gifts reflect people’s lives. They start in a very emotional space when they’re thinking about how they want to be remembered and what they want to pass on, and it’s only after this that they get to the functional bit about writing the will, which charity and what size gift.

What does a good legacy fundraising campaign look like?

It’s the donor-centric campaigns that really have an effect. If you look at some of the more progressive ones like Save the Children, and Centrepoint’s recent legacy campaign that won the IOF award, they’re putting the donor at the heart of the work. They’re emotional and are talking about personal legacy and impact, and the organisation is a vehicle through which those things can be achieved.

The best legacy campaigns are the ones not necessarily where there’s been a lot of money spent, or a lot of buzz around activity, but where the hard work has been done internally – the board has engaged and the appropriate resourcing, whether that’s money or people is in place. Your best legacy prospects are the ones who are closest to home, they’re probably already on your database, people using your services in the local community who support directly or indirectly the work of the hospice.

It’s about normalising the legacy messaging, quite often hospices haven’t spoken about legacy giving. People need to know how important it is – we talk about other forms of fundraising much more openly than we do legacy giving so often people don’t know it’s something they can do.

Once they say they might be interested we need to help them understand what they need to do. Sometimes that can be a will-writing scheme, there are many different schemes out there, hospices need to choose the one that’s right for them based on their overall strategy. People will want to know that their money is going to be spent wisely, because they could leave it to another charity, or not leave it to a charity at all and give it to their family. A good campaign is one that makes legacy giving an option and then makes it easy for people to take action if they want to.

What are the differences between legacy fundraising for hospices and other charities?

Hospices tend to be smaller and easier to engage in these sorts of things, trustees are likely to be closer to the day-to-day activity and therefore fundraisers have a better opportunity to get permission and secure resources. A couple of years ago hospices were the fastest growing part of the sector in terms of legacy giving but that’s levelling off now and it’s important therefore that they do all they can to encourage legacy gifts.

We are in an increasingly competitive marketplace and even hospices who are very well positioned in terms of people’s affinity need to be doing more. The care context provides a platform which should make some of these conversations easier, so I think they are better placed in that regards than some other charities.

What do you think the impact of Brexit will be?

The general prediction is that we’ll double the market by 2050, driven by the rise in deaths as a result of the baby boomer generation, but obviously the flip side is the economic environment, consumer confidence and the impact that Brexit might have.

People won’t make long-term decisions as readily, but also the largest proportion of value is usually in property or shares, and we’ve seen some doomsday scenario predictions of house prices losing a third of their value if we have a no deal Brexit. That means people’s personal wealth and their perception of it will shift fundamentally and they may be less willing to consider leaving gifts to charity.

What role does Dying Matters have in legacy giving?

Dying Matters is hugely important because death is still a taboo in the UK. It’s one of those things that we don’t like talking about and then of course legacy giving is about money and quite often it’s associated with an end of life or life-limiting cause, so you end up with a lot of things people don’t want to talk about.

There are some fantastic initiatives that come out of Dying Matters activities that are really helping to break barriers, things like death cafes and storytelling, those sorts of traditions are really powerful in terms of helping to deal with some of those fears. Dying Matters is critical in helping create those safe spaces, helping to shift the landscape and influence senior stakeholders and maybe policy and legislation, to make it better for us as a society. That’s why I’m passionate about being involved.

Chris Millward will be speaking at Hospice UK’s Fundraising Conference on February 12. For more information and to book visit A deep dive into legacy fundraising and why it matters