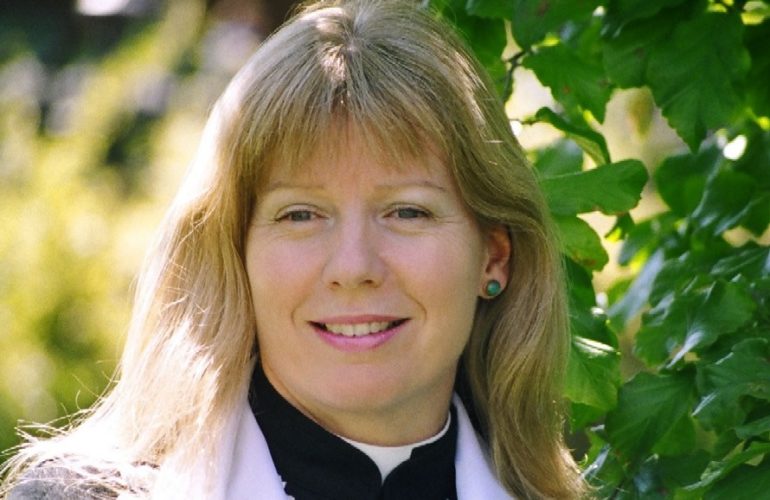 Between Living and Dying is the memoir by Rev. Ruth Scott, a BBC Radio 2 broadcaster who was diagnosed with lymphoma in 2017. Ruth wrote the book while she was receiving treatment, but rather than focus on her diagnosis and the medical procedures she underwent, she used her experience to reflect on life and the difficulties others face – from the distress of the relatives of those killed in the Grenfell fire to the hardships of people on zero-hours contracts who fall ill.

While the book, which will resonate with people of all faiths or none, contains Ruth’s thoughts on dying, it is very much about living.

Her widower, Chris Scott, explains that her approach to her illness was practical, with a “we’ll deal with it as it comes” attitude. “It was very much about taking it step-by-step and seeing where it goes” Chris says of the time when she was first diagnosed. “I suppose I felt fairly confident that all would be well, and I think Ruth was slightly more pragmatic than me, in the sense that it may not all end up well. Sh 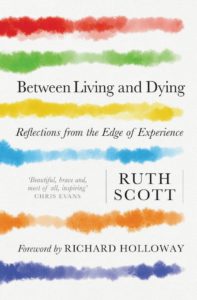 e was only 59, I guess I felt she had a lot yet to give. It was almost incomprehensible that she was going to die.”

Ruth was one of the first female priests in the Church of England, but before this she’d trained as a nurse. Along the way she became a familiar voice on BBC Radio 2, and during the 23 years she presented Pause for Thought, Ruth covered subjects like the importance of having compassion for others, as well as working in communities ravaged by conflict like Northern Ireland and the Democratic Republic of Congo.

The common thread throughout her career was how to live humanely and with empathy. “A lot of her work was in conflict and transformation” Chris explains. “She worked in areas of the world that were quite difficult, and with people who had suffered as a result of conflict. A lot of it was about enabling people to understand one another and to live more harmoniously.”

In early 2019, after two years of cancer treatment, doctors told Ruth she had just a few weeks to live. She began the process of saying goodbye to family members, and of preparing her son and daughter for her death.

“We’ve always had very open conversations” Chris says. “Our children knew that it was a very critical sort of illness and there was the possibility that she wouldn’t pull through it. You have to talk about what the possibilities might be and prepare for the worst to happen. Say all the things that you want to say, tell them you love them, and be open, honest, loving and kind, which is the way we should live anyway.”

Chris says that with this, her final book, Ruth wanted to challenge people to think in different ways. “She wanted people to be enabled to think about what’s really important in life. In the Western world at least we get totally caught up in material things, and relationships are actually what really matters. I think I’d like people to look at what the really important things are in the way we live, how we treat one another, and find courage to live in a new way.”

Between Living and Dying is out now on Birlinn