Supporting families to organise a funeral 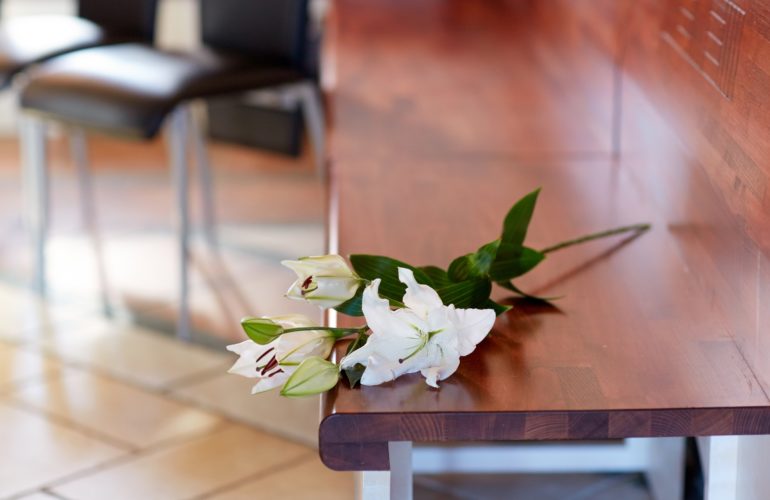 This week is Dying Matters Awareness Week; a campaign which aims to help people talk more openly about dying, death and bereavement, and to make plans for the end of life. Lisa Rainier, Spiritual Care and Chaplaincy Lead at St Catherine’s Hospice in Crawley, tells ehospice about her role in supporting families to plan a funeral for their loved one, and why she believes it is important to talk openly about death and dying.

Emma Freud said that the first time she had to organise a funeral she found it ‘baffling, terrifying, weird, overwhelming, devastating and incredibly important.

Funerals are incredibly important, but organising one doesn’t need to be a negative experience. Whenever I’m asked to conduct one for a person we’ve cared for it’s a real privilege and a valuable way of supporting their family and friends as they navigate those disorienting early days of grief.

Often the person who has died has left instructions; some more detailed than others. My advice to anyone in respect of advance planning of your own funeral is to communicate your wishes regarding major decisions, but to also leave some room for your family and friends to make their own contributions. (There have been times I’ve had to dissuade some people from scripting their own eulogies!)

Meeting with people to plan a funeral is often a really special time. There’s commonly talking, crying, laughing, and some looking at photographs. I hear poignant and funny stories, and gain insight into people’s character strengths and flaws. Of course, there are sometimes tensions and differences of opinion but usually we can find a compromise.

I always try to allow the contributions of all who were close to the person who has died. For example I helped an adult son with learning disabilities to write a simple farewell message to his mum which was then read at the funeral (with him nodding throughout), and a young daughter who’d enjoyed watching the film Frozen with her dad picked Let it Go when we were choosing the final piece of music for his service.

Many of us want a funeral to be a celebration of life but it’s also really important to give people permission and space for the helpful expression of natural and healthy grief. Whenever practically possible, I encourage the presence of a coffin in the service and the opportunity for mourners to accompany their loved one to a final ‘resting place’. These elements, although they may be difficult, are helpful in marking and acknowledging the reality of death.

Many of the funerals I conduct take place in 35 minutes at our local crematorium, but it’s still possible to personalise these in small but significant touches. At the funeral of a man born in Scotland, we all wore his family’s tartan in thistle and ribbon button holes, and a lady with a passion for crafting had her coffin draped in one of her own quilts instead of flowers. I also have a lasting memory of an autumn day, when, after interring the ashes of a man who loved gardening, we each took a turn with a spade to fill in the earth; pausing before replacing the turf to plant bulbs that would then bloom in the spring.

A funeral service itself is important, but opportunities to share and celebrate can, of course, continue afterwards. I politely decline the invitation to join mourners at those celebrations, particularly if they involve Karaoke, as one did recently!