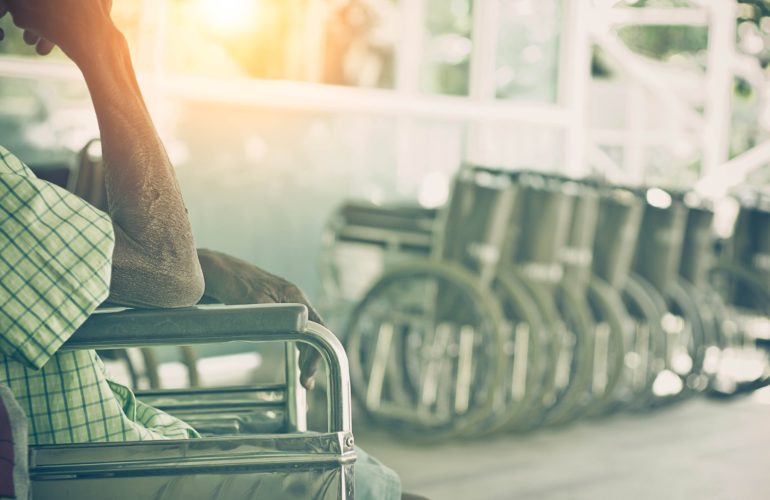 Around 10 people are dying every day while waiting for their benefit claim to be answered, and the public say this isn’t good enough.

The results show that 88 per cent of UK adults agree everyone who has a terminal illness should have quick and easy access to financial support. Eight in ten (80 per cent) agree that terminally ill people should not be expected to look for work or have their capacity for work assessed.

New government data shows that over 17,000 people died between 2013-2018 while waiting for decisions on their personal independence payments (PIP).

Marie Curie and the Motor Neurone Disease Association are calling for a change to the law so that everyone with a terminal illness can easily get the financial support they need.

Currently terminally ill people can only get quick access to benefits if a clinician is sure they have less than six months to live. The six-month rule means that many dying people with unpredictable illnesses have to spend time filling in forms and attending interviews with benefits advisors. Some must even go to coaching sessions aimed at getting them back to work.

The findings come as MPs are set to debate the Access to Welfare Bill on January 25. The Bill would change the law, removing the six-month limit so that a clinical judgement that someone is terminally ill would give them fast track access to benefits. The change is already due to take place in Scotland from 2021.

Statistics from the Department for Work and Pensions (DWP) show that 95 per cent of people accessing benefits via the six-month rule have terminal cancer which means people with unpredictable terminal conditions like lung and motor neurone disease often miss out.

Lorraine Cox is a 39-year old mother of three who is living with the terminal illness motor neurone disease. She had her claim for benefits rejected after a lengthy application process. She says:

“I felt so angry when I was assessed as not fitting the criteria. I’ve completely lost the feeling in my left hand. I can’t make my own bed, my children help me get dressed, I have a cleaner, I can’t cook the way I used to. I shouldn’t have to spend my time fighting for support, it’s exhausting. I’m hoping that in the future, things are made much easier for people and they can spend time with the people they love most, instead of fighting against an unfair system.”

“The current welfare system for terminally ill people is unfair and outdated, and results in cruel and distressing treatment for people who are at the end of their lives. Nobody with a terminal illness should have to face multiple assessments and back-to-work interviews when the stark fact is that they are dying. Life is tough enough without people spending the limited time they have left worrying about getting the support they need.”

“In my own constituency I see every week the difficulties terminally ill people face when claiming benefits. This survey shows the level of public support for change. Terminally ill people should be spending time with their loved ones, not jumping through hoops to get the support they need.”

Also responding to the report, Jonathan Ellis, Director of Advocacy and Change at Hospice UK, said:

“It is unacceptable that dying people have to face such big bureaucratic hurdles when trying to access their benefits. This causes unnecessary pressure and emotional distress for dying people and their families when time is very precious.

“As this survey shows, there is strong public support for action to speed up the benefit claim process, so that dying people get faster, fairer access to financial support.

“We fully support Marie Curie’s work to draw attention to the need for change on this important issue.”

Marie Curie’s information and support services have seen a dramatic increase in people who are affected by terminal illness seeking information about financial and benefit support in the last year. Enquiries to the charity’s Support Line have more than doubled while those accessing online information is up by 40 per cent.

Marie Curie and the MND Association have launched a petition to call for a change in the law to make it easier for terminally ill people to access benefits. For more information visit Marie Curie: Scrap Six Month