The Death Show – a fun play about life’s hardest subject 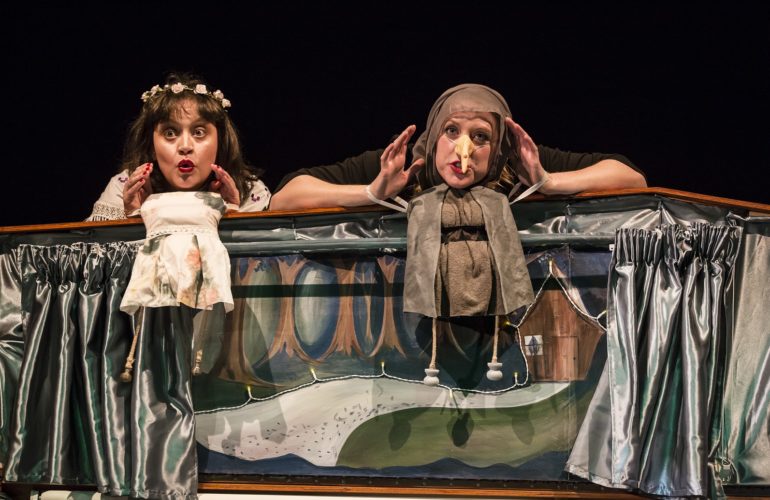 The Death Show may begin with the funeral of Antonia Beck and Lucy Nicholls, but this disarmingly frank play is based on the true story of how the two friends attempted to rid themselves of their fear of dying.

Their quest leads them on a journey that’s both hilarious and poignant – we see them consult a phony psychic, play a game of fantasy funerals (Robbie Williams attends to perform ‘Angels’, Jimi Hendrix reads a somewhat saucy eulogy), help a mortician prepare a body for a funeral, and attempt to cast out their phobia by swearing and shouting at two brash Australians  dressed as the grim reaper in an exercise called Death Down Under.

These adventures highlight the anger, curiosity, sadness and terror death typically stirs, but Beck, Nicholls and director Bernadette Russell have created a play that snatches life’s most difficult subject from its hiding place, pokes fun at its most awkward elements and ultimately leaves you feeling rather good.

With large doses of wit and wry nods to pop culture, The Death Show is as much a meditation on death as a reflection on the importance of enjoying life.

The Death Show is touring nationally this year, for a full list of dates check out their website