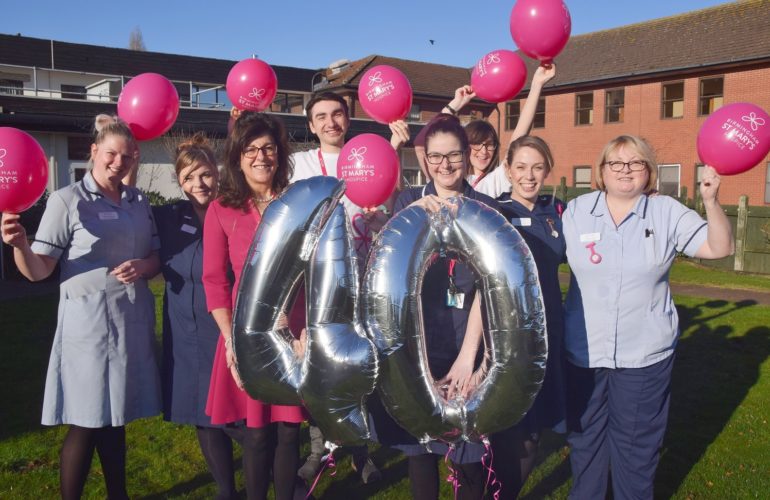 The hospice was founded in 1979 by Monica Pearce, and was the first independent hospice in the Midlands. A former NHS matron, Monica’s vision was to ‘enable anyone with a life-limiting illness to live their life to the full.’

Doctors and nurses at the hospice – which was first known as ‘St. Mary’s Hospice’ – cared for its first patient on Monday 5 March 1979. It provided care at its ward only and had a maximum bed capacity of 25.

Today the hospice supports over 400 people every day, providing care in people’s homes, in the community, at its day hospice facility and at the inpatient unit.

To mark the anniversary the hospice will be hosting a black tie gala on March 1, with a drinks reception, three-course dinner, music and live entertainment from comedic character Barbara Nice and Antique Roadshow’s Will Farmer.

“Monica Pearce was a remarkable woman who worked tirelessly to provide vital end of life care to local people. She pioneered hospice care in the Midlands, after recognising that much more needed to be done to support people who are living with an incurable illness.

“The 40th Anniversary Gala Dinner is our way of honouring Monica’s legacy, as well as highlighting how crucial hospice care still is in our city today. It’s set to be a fantastic evening and I look forward to welcoming Barbara Nice, Will Farmer and our wonderful supporters to a night of dinner and celebration.”