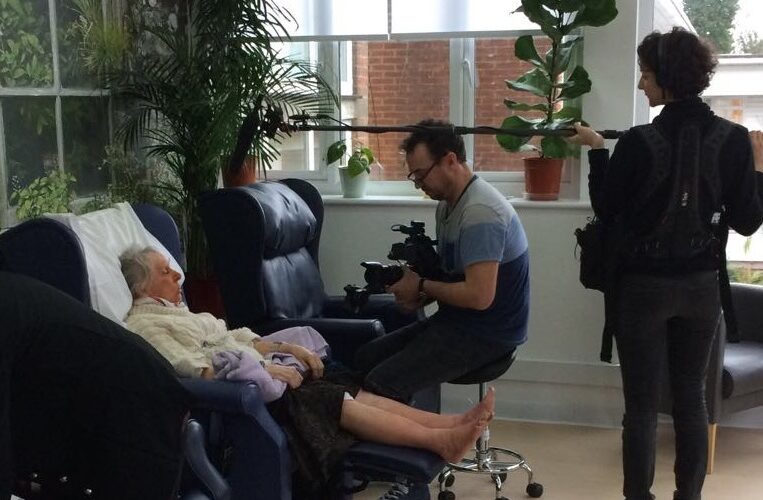 St Christopher’s Hospice in South East London will feature in a BBC Horizon documentary this week, called ‘We need to talk about death’.

The thought-provoking programme asks viewers to look at the moral issues around death and dying, and whether, in a society where death can be over-medicalised and treatments can sometimes seem to be offered at all costs right until the end of life, we should focus more on high quality palliative care with the emphasis on quality of life and planning for ‘a good death’.

“Death and dying are topics that people can understandably find hard to discuss, but it’s not something that any of us can avoid and we want to encourage people to be more open. Dying is a social process, not just a medical process, and it’s crucial that we all talk about what we want to happen and how we want to be treated as we near the end of life. It’s morally wrong to waste a dying person’s time but sometimes excessive medical intervention can mean people are feeling too unwell to achieve the best possible quality of life.”

Brenda, one of St Christopher’s patients who appears in the film, reflects this view, saying:

“Death is frightening, but talking about it makes me feel less worried. It was also a relief to stop the treatment as chemo was making me feel so ill. Now I feel more peaceful about the fact that I’m dying.”

St Christopher’s work is featured heavily in the documentary, with fourteen of St Christopher’s patients agreeing to appear, some of whom are shown benefitting from art sessions or complementary therapies such as massage or acupuncture.

Nigel Dodds, a Consultant Nurse at St Christopher’s, is shown visiting a patient in the community in the documentary. The majority of the hospice’s patients are cared for in the community, not on hospice wards, as many people imagine.

“The Horizon programme highlights the really wide range of care and support that patients can receive from hospices to help them live well; it’s not just about the very last days of life. We ask people what’s important to them, and then work out how we can best support them, helping them to feel more in control of what is happening to them at an incredibly difficult time”.

The BBC Horizon team spent several weeks filming at St Christopher’s in late 2017 and then again in 2018. Filming also took place at the Cicely Saunders Institute in London, a charity in the Netherlands called the Ambulance Wish Foundation and a hospital in Wales. The documentary features the views of a range experts in palliative care but also includes the personal experiences of people facing these important decisions about their future.

We need to talk about death’ airs on Wednesday 23 January at 9pm on BBC2.