Community Engagement Why I volunteer: To help develop the hospice in my home town - ehospice

Why I volunteer: To help develop the hospice in my home town 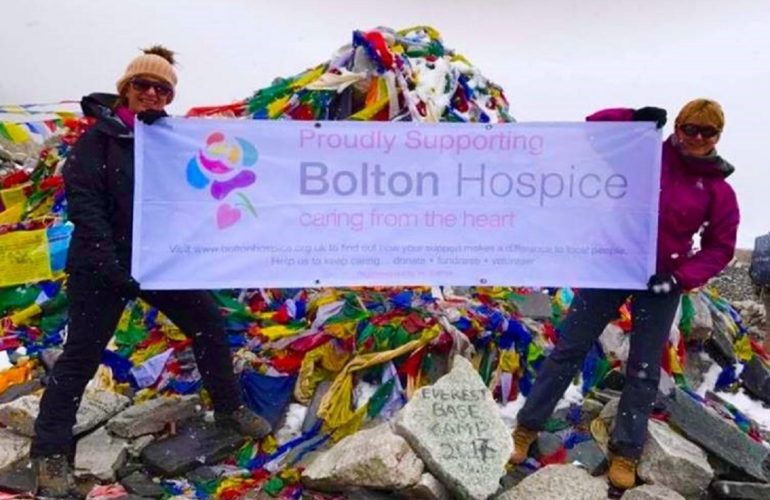 I joined Bolton Hospice as a volunteer in 1999 working on the wards on a Monday evening, making drinks and helping with the ironing of bedding.

Following the death of my father, I suddenly had a little more time on my hands after finishing work.  Previously I had visited my father every night on the way home from the office as he was a widower after my mother had died in 1994.

I had always supported the hospice from afar attending the Christmas and summer fairs, and collecting loose change. I was so impressed by the specialist hospice care we had in Bolton.

I quickly began to love my volunteer role and wanted to do more. I was meeting people from all walks of life and it was so different from my day job as a local solicitor, I felt I could make a difference and it was not all about files on my desk!

One volunteer role quickly led to another and soon I was helping with the bereavement and fundraising groups. Within a few years I was sitting on the fundraising committee trying to come up with new ideas to raise funds and in 2007 I was invited on to the board of trustees.

I became chairman in 2014 and I would say that has been the proudest moment in my professional career, to be able to represent the hospice in my home town and to be part of its development and growth to continue to provide excellent end of life care.

Over the years, I have also taken part in so many fantastic fundraising events and a personal highlight for me was standing at Everest base camp in April this year proudly displaying my Bolton Hospice banner. I have also climbed Mount Kilimanjaro, Mount Toubkal, and the Yorkshire Three Peaks to raise money for the hospice.

To anyone considering being a volunteer in any role, I would always say give it a try! It is hard work often especially if you are juggling work and family commitments but you do gain so much from volunteering, far more than you put in. It is often great fun as well and you meet so many nice people.