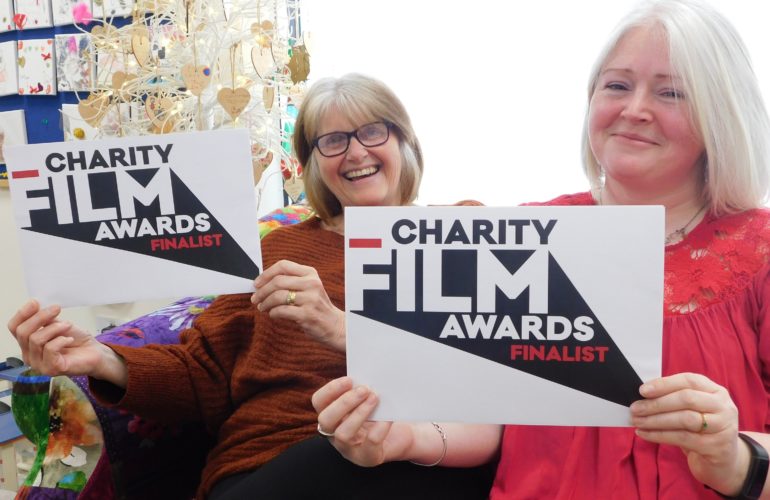 A film about young people experiencing bereavement produced by Tynedale Hospice in Northumberland has made it to the final of the national Charity Film Awards.

Grief As a Teenager is one of six finalists in the Long Form category for charities with a turnover of under £5 million.

The film was made with the help of six young people who have been bereaved of a parent and received one-to-one support from the charity’s Hospice at Home’s Family Support Service.

With the aim of making a film that would bring comfort to other young people in the same situation, the group met at Tynedale Hospice at Home’s Film Club every fortnight for two months to explore their thoughts, feelings and hopes for the future whilst creating a giant collage as a visual display of their experiences, from how they felt at the start of their bereavement journey, to how they are feeling now.

Local film-maker Christo Wallers joined Family Support Practitioner Emma Andrews to record fly-on- the-wall-style conversations as they came together to discuss topics like sudden death, the importance of knowing the truth, and living with grief.

The result is a frank and honest account of the rawness of grief, how it changes you forever, and how everyone’s experience is different and deeply personal to them. The film is now being used in one-to- one and group support for young people experiencing bereavement.

A total of 300 entries were received for the awards, and 50,000 members of the public voted for their favourite to make the judges’ shortlist. As well as standing a chance of winning an award in its category, Grief as a Teenager could also win the ‘People’s Choice’ Award, which is given to the film that receives the most public votes.

Emma Andrews, Family Support Practitioner, who worked with the teenagers on the film, said:

“We are chuffed to bits to have come this far but our thanks really goes to the young people involved who spoke so honestly and eloquently about their own very personal experiences of being bereaved.  We are so grateful to them.”

The winners will be announced at a special gala awards ceremony on Friday 26 April in London.