10 drugs to reconsider when a patient enrolls in hospice 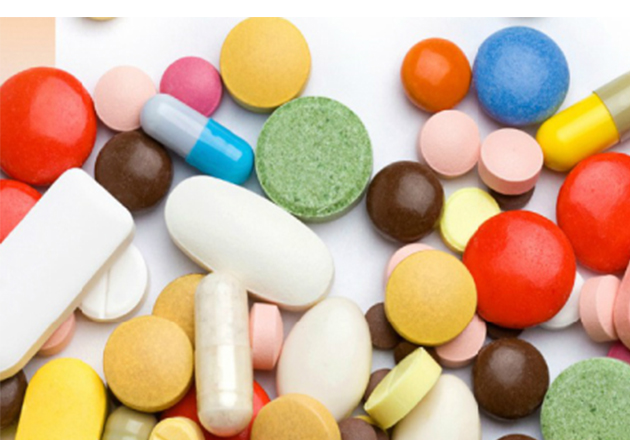 In this article,  Dr. Allen reviews 10 commonly-prescribed medications that may provide little benefit to patients in a terminal state — and may possibly cause harm. Helping patients and caregivers understand the negligible effect and potential danger of these medications is also part of this review.

While Dr. Allen also provides the evidence to support the disuse of these medications, please note that these recommendations are meant only as a guide. Each hospice medical director must take an individualized approach, weighing the risks and benefits for each patient as well as the patient and family’s goals of care.

This drug is commonly used to prevent clotting in atrial fibrillation, thromboembolic disease, and artificial heart valves. It is measured by the Protime (International Normalized Ratio or INR) and patients are familiar with monitoring via monthly blood draws. The one-year risk of stroke with atrial fibrillation is 2 percent in patients treated with warfarin, and 4 percent in untreated patients. Cutting the stroke risk in half may be important in high-functioning patients, as determined by the CHADS2 scoring system. In contrast, an elderly debilitated patient has an 8% risk of major gastrointestinal or intracranial hemorrhage on warfarin.

Patients and their families are hesitant to stop warfarin due to fears of a non-lethal stroke. They may picture a “vegetative state” and want to avoid the condition of total debility. However, these patients are already in a state of debility, relying on caregivers for all of their activities of daily living. Also, a cerebrovascular accident during this stage will likely be fatal, and may be a welcome exit from terminal suffering. Finally, gastrointestinal hemorrhage is a physically and psychologically difficult demise, and avoiding this complication by discontinuing warfarin is an appropriate choice for hospice patien

These are the wonder drugs of our age, inhibiting cholesterol synthesis and helping to reduce atherosclerosis and early death. Statins are generic, cheap, and now widely used.

However, in a longitudinal study of 4,066 elderly men and women, death from coronary heart disease actually increased at serum cholesterol levels below 160 mg/dL. Cholesterol is important in cell structure, and this combined with aging is one thought on the value of conservative mid-range cholesterol targets for the elderly. Another trial compared over 10,000 patients with stable coronary artery disease using atorvastatin at low versus high dose. The high-dose group had an increase in non-cardiovascular mortality, primarily cancer. Like most studies, the mean follow up for these patients was five years, well beyond the predicted hospice span.

The National Cholesterol Education Program states that “patients with a limited life span from a concomitant illness are probably not candidates for drug therapy.” Statins are unnecessary extra pills for hospice patients to take.

This drug is indicated in patients who’ve undergone coronary stent procedures. The evidence for treatment is for one to six months after the stent is placed. While there are some data for stable coronary artery disease treatment, in general the risk of bleeding makes this medication inappropriate beyond the post-stent period. Many elderly patients are inadvertently left on clopidogrel as they lose follow up with the stenting physician, especially if they reside in a long-term care facility where renewal of the medication is routine and indefinite. A trial of 15,000 patients showed no coronary artery disease benefit, and double the risk of gastrointestinal bleeding on clopidogrel combined with aspirin. Another trial of 19,000 patients reported that 200 patients would need to be treated for two years to prevent one single stroke, and in the meantime many of those patients would experience bleeding.

Widely used for fluid retention, this drug is officially indicated for acute decompensated heart failure, but it is usually continued chronically for stable asymptomatic heart failure. Furosemide is also commonly used for benign disease states such as leg edema.

Furosemide increases norepinephrine, renin, and vasopressin, causing the circulatory system to feel that it’s in a constant state of stress. Diuretics cause decreased renal blood flow, elevated creatinine, and relative dehydration. Orthostasis, falls, and electrolyte abnormalities are common, especially in the elderly. Hospice patients with acute pulmonary edema or painful leg edema may find some comfort with the use of furosemide, but it may be inappropriate for chronic long-term use in some patients.

These drugs, such as alendronate, are underutilized medications that could prevent tens of thousands of fractures in the elderly. One trial of 2000 women aged 55-81 demonstrated a 50 percent reduction in vertebral, wrist, and hip fractures in the treated group. The medications were well tolerated with no incidence of osteonecrosis, and generally low adverse effects.

Long-term studies of bisphosphonates, however, have failed to demonstrate additional benefit beyond three years of initial treatment. In other words, a patient treated for three years would have the same protection as someone taking the drug for 10 years. These drugs are also not recommended for patients with low creatinine clearance, or who are unable to remain upright for 30 minutes after ingesting the medicine with 8 ounces of water. For these reasons, oral bisphosphonates should be discontinued in hospice patients. The risks of esophagitis and osteodystrophy are high, and any treatment benefit has already been gained if they’ve previously taken the medicine.

This drug and others used to treat dementia may not be appropriate for patients with a hospice diagnosis of dementia, and probably not warranted for dementia patients with other hospice-related diagnoses. Donepezil is indicated for mild to moderate Alzheimer’s dementia, specifically patients with a FAST score less than seven. One study of 565 patients demonstrated no difference in institutionalization, debility, or decreased ADLs in patients treated with donepezil, and less than one point difference on a 30-point cognitive test. A far-reaching review of these medications stated that “treatment of dementia… can result in statistically significant but clinically marginal improvement in measures of cognition and global assessment of dementia.” Common side effects include hypotension, syncope, nausea, and anorexia.  Families take great hope in and pay high costs for dementia treatment, but statistically the medicines are not helping their loved ones, and are clearly not part of comfort care.

These drugs are older medications used to stimulate beta-cell secretion of insulin in Diabetes Type 2. Patients have worked hard for many years to keep their diabetes in check, and have been hounded by physicians to keep their glycohemoglobin (A1c) goals. Studies show, however, that most elderly patients are over-treated for diabetes. One trial of 10,000 patients demonstrated a J-shaped curve similar to the cholesterol treatment mentioned above; that is, increased stroke and myocardial infarction in patients whose diabetes was too intensely controlled. The A1c goal for “fit” patients with 10-year life expectancy is 7 percent, but for frail elderly patients with multiple co-morbidities the goal is 8 percent. Occult hypoglycemia is associated with short- and long-term cognitive impairment, delirium, weakness, and dizziness. Physicians should be very cautious with the use of insulin in the elderly, and sulfonylureas should not be used at all.

The vitamin business is a booming industry, despite a dearth of evidence for their benefit and some studies demonstrating harm with vitamins E, A, D, and beta carotene. One thing to consider with hospice patients is the size of their pills, and the number of pills. It’s not unusual for an elderly patient to take more than 20 pills per day, and many of them are vitamins with little or no benefit.

These are life-saving medications clearly demonstrated in trials of healthy patients. One trial defined “fit” as the ability to walk six meters in eight seconds or less, and “frail” as its opposite. Among the frail, there was no association between blood pressure and mortality, and in fact a slightly higher blood pressure was shown to be protective. Studies demonstrating the benefit of lowered blood pressure in the elderly have much higher targets than non-elderly adults; for example 150/80 was the target in a large study of veterans. Frequently the adverse effects of anti-hypertensives such as orthostasis and fatigue outweigh the benefits in hospice patients, and must be carefully considered.

These may be exactly the “comfort care” that a hospice patient needs. On the other hand, some psychogenic medications are overused, potentially dangerous, and top the American Geriatrics Society’s “Beers list” of drugs to avoid. Polypharmacy is a significant problem, and drugs are often “layered” in symptom-based management rather than pared back in appropriate long-term care. Benzodiazepines increase confusion and falls, as do selective serotonin reuptake inhibitors (SSRI) and the older tricyclics. Antipsychotics may be appropriate for terminal agitation, but double the risk of early mortality in otherwise stable nursing home patients. Physicians should start low and increase slowly, always set a review or stop date, avoid prescribing a new medicine for every symptom, and consider the patient’s goals and priorities.

In Summary
Again, these are intended as recommendations only, based on the author’s experience and the supportive evidence provided.  One of the most valuable benefits of hospice care is the individualized approach we take to care. Thus, it’s of utmost importance that each hospice medical director take an individualized approach when it comes to a patient’s medications, weighing the risks and benefits as well as the patient and family’s goals of care.

(Download a PDF copy of this article that includes the author’s references.)

Dr. Richard Allen is board certified in both hospice/ palliative care and family medicine, and serves as the medical director for Brighton Home Health and Hospice in Murray, UT. He is also the program director for St. Mark’s Family Medicine residency in Salt Lake City.

NOTE: This article originally appeared in NHPCO’s NewsLine, May 2014.