Care 100-year-old father's lesson for son: How to die - ehospice

100-year-old father’s lesson for son: How to die 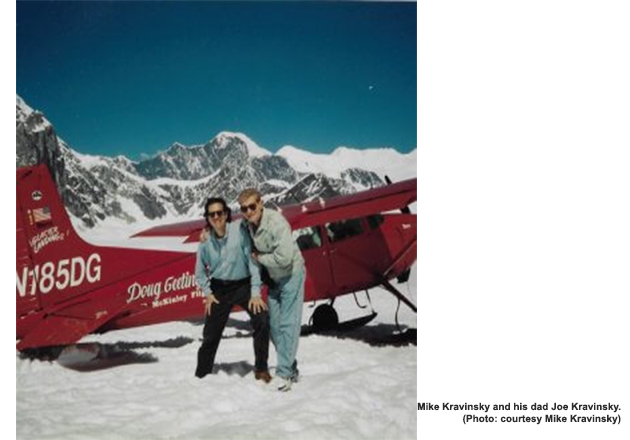 I watched as my father, Joe Kravinsky, age 100, took his last breath. It wasn’t like anything I had expected. It was quiet, peaceful and gentle. It was one of the most profound experiences of my life.

I was the primary caregiver for the roughly three weeks he spent in hospice. From the time we first realized there was a problem, to the moment he died was just under four months. Dad tried all the therapies, but in the end, he couldn’t walk without assistance. He hated the loss of independence and being a burden, more than anything.

In his early 60s, he gave up smoking Chesterfield non-filters, a 30-year habit, and began running. By the time he was in his 90s, he had a wall of plaques of his accomplishments: distance running, cross-country skiing, and hiking. In his late 90s his body began failing him, but his lungs continued to be strong. It’s the one thing doctors attributed to his longevity.

When it was suggested we discuss hospice, I sheepishly asked him what he wanted to do. He calmly looked at me and said, “I’m done.”

I believe he was happy that it took so little time. I suspect he would have preferred it more if, a couple of weeks earlier, he could have eaten a slice of pizza with us and then just taken a pill.

Hospice nurses — I don’t know how they do it. They’re amazing. For me, every moment was new and stressful. It started with my father cursing at me. Not at the situation, but at me. That had never happened. I had moved him the wrong way, and it caused severe pain.

Although we had support, it was mostly my wife, Liza, and I who did the work. We all knew our time together would be short.

For an independent person like my father, it must have felt demeaning. He lay there, needing help with everything.

Communication with him became difficult. I gave him liquid morphine without him asking if he wanted it. Did I do the right thing? He would wake and begin to cry. Staring right at me. Then peacefully fall back asleep. I’m not trying to keep you alive, Dad. Do you understand I’m trying to keep you pain free? Our hospice nurse said it’s common, for people in hospice to “work hard” at evaluating their lives. The good and bad.

In lucid moments, we showed him old family photos so he could identify everyone. We hung out, again eating pizza, my nephew doing wheelies with the wheelchair. As dad declined further, he began to remove the oxygen from his nose. We theorized he thought it was keeping him alive. My wife played the guitar for him, which calmed him down.

Every morning I would walk in, wondering if he passed overnight. He would always be awake. He’d acknowledge me the way he always did, by pointing at me with his thumb and forefinger in the position of a gun.

On the day it became obvious that it would be his last, I freaked out. The hospice nurse cleared her schedule, came over, and we all waited. My brother, who rushed over when he got the message, just barely made it. Actually, my dad gave him a do-over. Dad stopped breathing. We all thought that was it. The nurse looked at the clock.

Just then, I heard my brother’s car pull up. I turned to my motionless father and said, “Hey, Dad. Rob’s here.” A moment passed. He began to breathe again. We all looked at each other, my brother walked in and said goodbye. Just as before, he let out a long slow, quiet breath and that was it.

Our hospice nurse put it best: “Your father just taught you his last lesson. How to die.”

I think about those weeks often. Last year, I even made a narrative feature film about my experience, called “Nothing to Do.”

Although this dramedy’s storyline is fiction, a lot of what “Irv” went through, and how “Kenny” deals with it are based on my personal experiences with my dad during his few remaining weeks — the conversations, the humor, the family, the frustrations, a few sleepless nights.

I’ve discovered whenever we show the film to a group or festival audience, people want to discuss how being with their parents during this time affected them. In the end, it’s something that most all of us will go through. For me, it was an amazing life experience.

Mike Kravinsky is the writer/director of “Nothing to Do,” available on Amazon Prime.

This article was originally published in the Orlando Sentinel.