A Profile of Hospice Physiotherapy 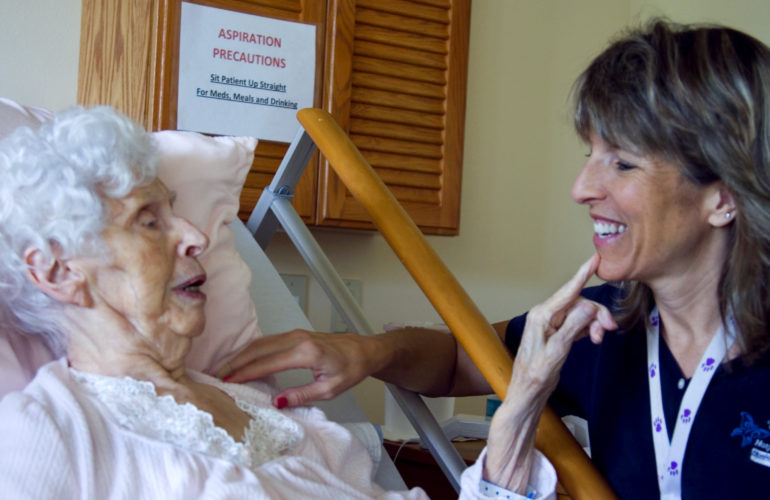 Physiotherapy (sometimes abbreviated to PT) is a health care profession primarily concerned with the remediation of impairments and disabilities and the promotion of mobility, functional ability, quality of life and movement potential through examination, evaluation, diagnosis and physical intervention.  In the context of palliative care, PT hopes to “minimize some of the effects which the disease or its treatment has on them” (Cobbe, Kennedy, 2012).  The purpose of the study at hand is to create and provide a profile of physiotherapy in a hospice setting.

Traditional PT techniques have been adapted for use in palliative care and include techniques such as breathlessness, mobility/transfer timing, lymphedema treatments, exercise, pain relief, education and psychological support (Cobbe, Kennedy, 2012).  Due to the relative newness of PT in palliative care, information on the benefits of PT is still developing.  Previous research has found that exercise has slowed the rate of decline in advanced cancer patients, breathlessness programs have aided lung cancer patients and other general PT treatments have improved functional capacity and improved quality of life (Cobbe, Kennedy, 2012).

Cobbe and Kennedy’s research was inspired in part due to the lack of international research surrounding hospice physiotherapy.  Although reports from various countries show benefits of PT in palliative treatment, none used “validated palliative scales”.  This study’s goals further explained are as follows:

Method of the Study

The study evaluated hospice PT care by analyzing patient charts for patients who had been discharged either by death or other reasons during a six-month period in 2010.  The facility where the study was conducted was a 30-bed specialized palliative care unit.  The physiotherapy bed-to-staff ratio is 15:1.The most essential element of the study was that, “all functional changes in patients were recorded using a validated palliative care tool” (Cobbe, Kennedy, 2012).

Patient information was coded using these categories in order to acquire the results of the study.

Results of the Study

The population of the study could be considered somewhat volatile being that the patients referred to PT ranged from fully independent to completely bed-bound.  The range of improvements in functional capacity was also difficult to measure due to the rate of death in the population.  Due to this reason, the PT treatment plans implemented for patients had to be flexible in order to adapt to the constantly changing condition of the patients.

Improvements in functional capabilities in patients were recorded during this study.  However, because there were multiple types of therapies being implemented simultaneously it is impossible to exactly determine the benefit of PT, but conversely, it is safe to infer that there are in the least, temporary benefits to receiving PT during hospice.

The diversity of disease is another notable limitation of this study.  Although researchers used an adapted palliative care assessment tool, it did not accurately assess each disease.  This led researchers to an important finding that there is a need for even more disease-specific palliative care assessment tools when evaluating effectiveness of PT.

The study discussed in this review contributed to the body of research surrounding physiotherapy in a hospice setting.  It found that there are benefits for some patients to receive PT care.  The study ultimately states that a “rehabilitation-in-reverse” model is most appropriate for understanding PT in hospice care because this type of PT involves, “rehabilitating along each step of patients’ decline until rehabilitation is no longer appropriate/desirable” (Cobbe, Kennedy, 2012).

Although this review presented the most salient points of the study, far more in-depth information can be gleaned from accessing the full text.  NHPCO encourages interested readers to access the full-version via the information provided below.