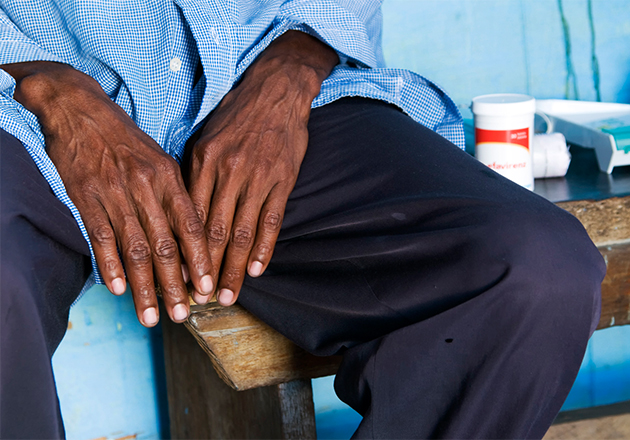 What kind of care do you want at the end of your life?

Stanford University researchers put that question to members of three major ethnic groups in the San Francisco Bay area and found little variation in their responses.

“There is a common humanity – people want to live as long as they have good quality of life. When it is their time, they want to be consulted so they die in a way that they are respected, and they don’t want their families burdened,” said the study’s lead author, Dr. V.J. Periyakoil, director of the Stanford Palliative Care Education and Training Program and associate director of palliative care services at the VA Palo Alto Health Care Center.

Regardless of ethnicity, however, the researchers found that access to high-quality end-of-life care is often hampered by lack of financial means, poor communication with health providers, cultural mores and family conflicts. The study, involving more than 300 white, Asian and African-American seniors, was published Nov. 18 in the Journal of Palliative Medicine.

Periyakoil, whose earlier research focused on how doctors discuss end-of-life care with patients from different cultures, said physicians often believe that talking about end-of-life care with patients of certain ethnic groups is taboo and that patients and their families are reluctant to have these sensitive conversations. The new study, though small and limited in geographic scope, suggests otherwise. The participants may have been more affluent and better-educated than their counterparts nationwide, given the region’s demographics, Periyakoil noted.

The researchers interviewed 315 people over 50 at senior centers in Fremont, Palo Alto, San Francisco, San Jose and Walnut Creek. The group included 38 African-Americans, 160 Asian-Americans and 117 Caucasians. Interviews, conducted in English, Burmese, Hindi, Mandarin, Tagalog and Vietnamese, examined participants’ attitudes toward end-of-life care and whether they had experienced barriers to getting quality end-of-life care for relatives or others in their community.

Researchers are still collecting data on Latino participants and plan to publish a separate study on their views, Periyakoil said.

While all of the participants in the study said they valued high-quality end-of-life care, about 60 percent said they had experienced barriers to getting it, most notably financial difficulties and a lack of adequate health insurance. Medicare typically covers only short-term nursing home care and offers hospice benefits to patients whose doctors certify they have six months or less to live and who are willing forgo treatment intended to cure their terminal illness.

Regardless of ethnicity, patients felt that “doctors were just too busy to initiate [end-of-life] conversations, reluctant to listen to their concerns and questions about EOL decision making, and often gave vague responses, making it difficult for the patient to comprehend their choices and make informed decisions,” the researchers wrote.

An estimated 2.6 million Americans die every year, but how the American health care system handles their last days is problematic across ethnic groups, according to “Dying in America,” a landmark report released in 2014 by the Institute of Medicine. Too many people end up having aggressive treatment that is ineffective and expensive and doesn’t contribute to the patient’s quality of life, the report found. Other research examining racial gaps in attitudes toward hospice care and other studies has found differences among ethnic and religious groups in how they approach end-of-life decisions.

But people want to talk about it regardless of background, says Dr. Steven Pantilat, a University of California, San Francisco professor of medicine and director of UCSF’s palliative care program, who was not involved in the study.

“What this study tells us is that all of our patients want us to have these conversations,” Pantilat said. “They’re waiting for their doctors to bring it up, to not be rushed, to communicate sensitively.”

A new federal policy may make those conversations easier – and more routine. Starting in January, Medicare will reimburse physicians for discussing end-of-life care. That policy infamously – and incorrectly – was derided as promoting “death panels” during the debate over the Affordable Care Act and a version of it was dropped from the legislation. The counseling will cover what kind of medical care patients want to receive as they approach their last days.

Periyakoil urges patients of all backgrounds to prepare for these conversations, and new planning tools are available in different languages to help. Among them is the Stanford Letter Project, which helps patients write a letter to their doctors about the end-of-life care they do and don’t want in languages including English, Spanish, Mandarin, Vietnamese, Hindi, Urdu, Tagalog and Russian.

In one redacted letter provided by Periyakoil, a woman named Patricia writes: “I do not want my longevity to be more important than my comfort.”

Pantilat advises the doctors he trains that they don’t need deep knowledge of the beliefs of every religion and culture they might encounter, because every patient, of whatever ethnicity, has different goals.

“If we come in with true curiosity, respect and openness, we can learn a lot about how to take care of someone in a sensitive way,” he said. We need to ask: “What do I need to know about your culture and your family to take good care of you?”