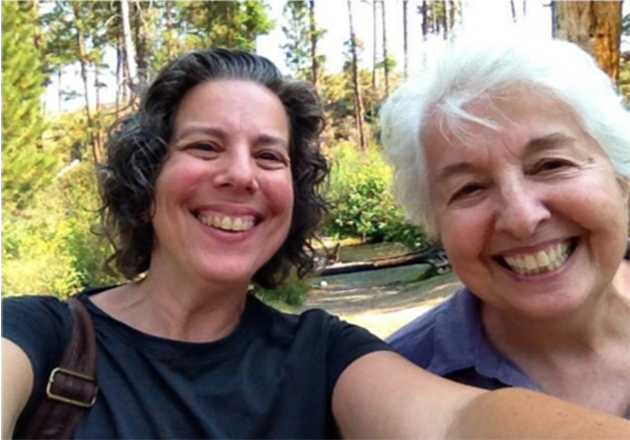 April 12, 2019 | No Comments
Categories: Opinion.
Tags: My Hospice and MyHospice.

Photo: Diane Allen and her mother.

In less than 24 hours after the hospice paperwork was signed, hospice professionals with their variety of specialties brought calm to the storm. Mom relaxed. I relaxed. My out-of-town brother and sister came to pay their last respects. The nurse and social worker met with us and educated us on the death process. We went from feeling alarmed and scared to feeling empowered to support Mom in the best way possible.

Mom ended up being in hospice care for ten months. In her final 24 hours, everything the social worker and the nurse had shared with me suddenly became the very information I needed to guide me. I hadn’t realized until that final day that I had received everything that I needed to feel fully empowered in the face of death.

My Mom had always expressed that she wanted to die naturally. If I had known then what I know now about hospice being a care plan for any stage in the dying process, I would have put Mom in hospice care much earlier. Not only would it have been far less costly, but it would also have matched my Mother’s wishes, and we would have had a much calmer journey.

Now, I’m sharing this message with whoever I can, starting with my friends. When they are ready, they know they can call me. As for everyone else, I hope they give their end of life planning the time and consideration it deserves, including a review and understanding of hospice care.

This blog was originally published on the My Hospice Campaign website, a campaign to help raise awareness of hospice care.