HFA and TAPS Launch Institute for Hope and Healing 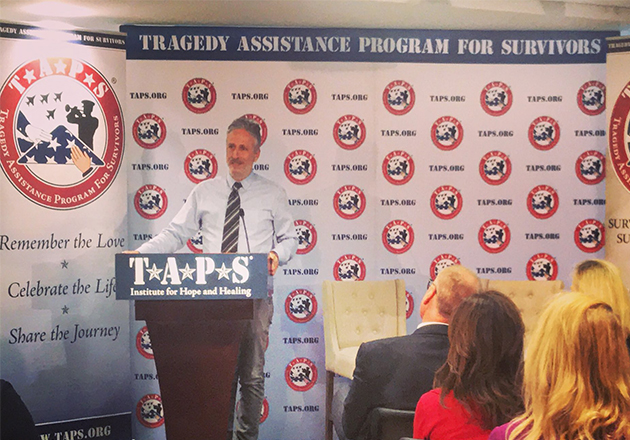 Hospice Foundation of America (HFA) and the Tragedy Assistance Program for Survivors (TAPS) have formed an alliance to launch the TAPS Institute for Hope and Healing, a new, state-of-the-art training center focused on grief and loss.

“The TAPS Institute for Hope and Healing is positioned to be a national and worldwide leader in providing high-quality workshops, seminars, and panel discussions for bereaved individuals and grieving military and civilian families. Through our partnership with Hospice Foundation of America, the foremost leader in professional grief and loss education, the Institute will serve as an unrivaled resource and training center, providing a hub for high-quality collaboration between professionals working in this vital community,” said Bonnie Carroll, President and Founder of TAPS.

TAPS celebrated the launch the Institute for Hope and Healing on Monday, March 5, with a speaker series at its new headquarters located in Arlington, Va. The event was headlined by former Daily Show Host Jon Stewart, an avid supporter of the military and first responders. Other notable speakers included Hope Edelman, author of Motherless Daughters and Motherless Mothers; Claire Bidwell Smith, The Rules of Inheritance and her forthcoming Anxiety: The Missing Stage of Grief; Rebecca Soffer, coauthor of Modern Loss; and Allison Gilbert, author of Passed and Present and Always Too Soon.

“Hospice Foundation of America is a pioneering non-profit organization and a national leader in providing programs for professional development and public education on grief and loss, hospice and palliative care, and caregiving,” said Thomas J. Spulak, HFA chairman. “Together, HFA and TAPS are making the TAPS Institute for Hope and Healing the largest initiative in the United States devoted exclusively to training professionals in the bereavement space and helping individuals and families thrive after loss.”

TAPS is a leader in providing peer-based emotional support to those grieving a military death and has offered hope and healing to over 75,000 family members. HFA is proud to add its decades of knowledge as a leader in professional grief and loss education to the work of TAPS. With this new alliance, both organizations look to reach and provide support to many more people coping with grief and loss.

HFA will manage the Institute from TAPS headquarters in Arlington. Hospice Foundation of America will continue to operate HFA as an independent non-profit charity from its Washington, DC office. HFA President and CEO Amy Tucci will serve as Executive Director of the Institute. A calendar of Institute events for the remainder of 2018 will be available soon.