It’s never too late to say thank you! 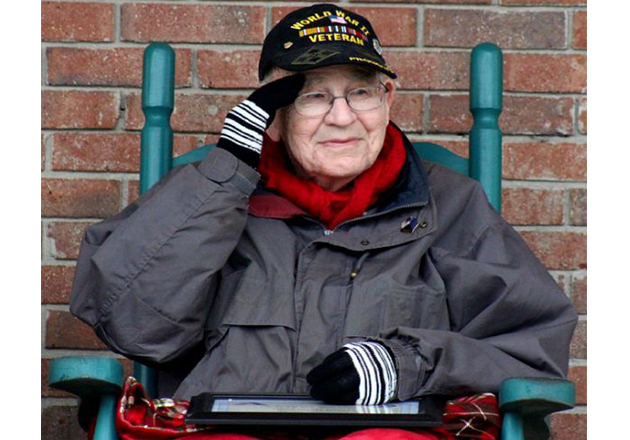 Raymond S. Bryant served in the Army as a medic from November 1943 to April 1946 during World War II. He is a native of Unadilla, Georgia. Prior to being drafted, Raymond was attending medical school at Emory University in Atlanta. Once he joined the Army, he served in Texas, Scotland, England, Luxembourg, and France where he was a surgical medic for General George S. Patton and the 4th Infantry. He battled the front lines to help care for numerous soldiers during his time in the Army.

Raymond’s best friend and brother, Sgt Walter L. Bryant also served in the Army as a B24 bomber flight engineer. He flew 33 missions and did not return on his last. His plane was shot down during a mission to Romania. He was 20 years old and was laid to rest in Lorraine American Cemetery in France.

Homestead Hospice, a proud member of the We Honor Veterans program, partnered with volunteers from the United States Air Force at Robins Air Force Base to honor Veterans at Leisure Life Assisted Living Facility in Unadilla, Georgia, on Friday, February 20, 2015. Mr. Bryant was one of the World War II veterans who was honored that day.

When Homestead Hospice first discussed the ceremony with our World War II Veterans, they were very modest and did not want to be the center of attention. However, as the ceremony neared, their excitement was evident.

The men and women of Robins Air Force Base were absolutely outstanding. They organized a special ceremony to honor and thank the Veterans for serving this great nation, for their sacrifice, and for protecting our freedom. The troops from Robins put huge smiles on the faces of our Veterans, tears in their eyes, and happiness in their hearts.