Loneliness may be due to increasing aging population 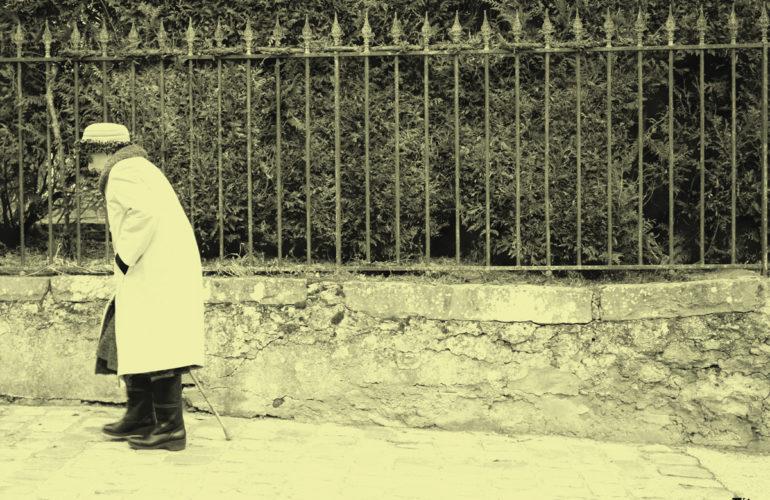 Despite more elderly baby boomers, today’s adults are not lonelier than similar-aged counterparts from prior generations, study says.

WASHINGTON – Despite some claims that Americans are in the midst of a “loneliness epidemic,” older people today may not be any lonelier than their counterparts from previous generations – there just might be more of them, according to a pair of studies published by the American Psychological Association.

“We found no evidence that older adults have become any lonelier than those of a similar age were a decade before,” said Louise C. Hawkley, PhD, of NORC at the University of Chicago, lead author of one of the studies. “However, average reported loneliness begins to increase beyond age 75, and therefore, the total number of older adults who are lonely may increase once the baby boomers reach their late 70s and 80s.”
The studies were published in the journal Psychology and Aging.

Hawkley and her colleagues used data from the National Social Life, Health and Aging Project and the Health and Retirement Study, two national surveys of older adults that compared three groups of U.S. adults born in different periods throughout the 20th century. They first analyzed data in 2005 to 2006 from 3,005 adults born between 1920 and 1947 and a second time in 2010 to 2011 from 3,377 people, which included those from the previous survey who were still alive, and their spouses or partners. The third survey, in 2015 to 2016, comprised 4,777 adults, which included an additional sample of adults born between 1948 and 1965 to the surviving respondents from the previous two surveys.

The authors examined participants’ level of loneliness, educational attainment, overall health on a scale from poor to excellent, marital status and number of family members, relatives and friends they felt close to. They found that loneliness decreased between the ages of 50 and 74, but increased after age 75, yet there was no difference in loneliness between baby boomers and similar-aged adults of earlier generations.

“Loneliness levels may have decreased for adults between 50 and 74 because they had better educational opportunities, health care and social relationships than previous generations,” said Hawkley.

Adults over 75 were more susceptible to becoming lonely, possibly due to life factors such as declining health or the loss of a spouse or significant other, according to Hawkley.

“Our research suggests that older adults who remain in good health and maintain social relationships with a spouse, family or friends tend to be less lonely,” said Hawkley.

In a similar study, researchers in the Netherlands found that older adults were less lonely than their counterparts from previous generations.

These researchers used data from the Longitudinal Aging Study Amsterdam, a long-term study of the social, physical, cognitive and emotional functioning of older adults. A total of 4,880 people, born between 1908 and 1957, participated.

The study measured peoples’ loneliness, control over situations and life in general and goal achievement. For example, participants rated loneliness on a scale from 0 (no loneliness) to 11 (severe loneliness) based on feelings such as, “I miss having people around.”

Older adults born in later generations were actually less lonely, because they felt more in control and thus most likely managed their lives better, according to Bianca Suanet, PhD, of Vrije Universiteit Amsterdam and lead author of the study.

“In contrast to assuming a loneliness epidemic exists, we found that older adults who felt more in control and therefore managed certain aspects of their lives well, such as maintaining a positive attitude, and set goals, such as going to the gym, were less lonely,” said Suanet. “Additionally, as is well-known in loneliness research, participants who had a significant other and/or larger and more diverse networks were also less lonely.”

Suanet recommended that older adults take personal initiative to better nurture their social ties, such as making friends to help them overcome increasing loneliness as they age. Also, interventions to reduce loneliness should focus more on bolstering older adults’ feelings of control, instead of only offering social activities.

“People must manage their social lives better today than ever before because traditional communities, which provided social outlets, such as neighborhoods, churches and extended families, have lost strength in recent decades,” said Suanet. “Therefore, older adults today need to develop problem-solving and goal-setting skills to sustain satisfying relationships and to reduce loneliness.”

Seniors may also want to make use of modern technology to maintain meaningful social connections, according to Hawkley.
“Video chatting platforms and the Internet may help preserve their social relationships,” said Hawkley. “These tools can help older adults stay mobile and engaged in their communities.”

Full text of the articles are available at