More Honor: A Veterans pinning ceremony and celebration of almost 70 years together 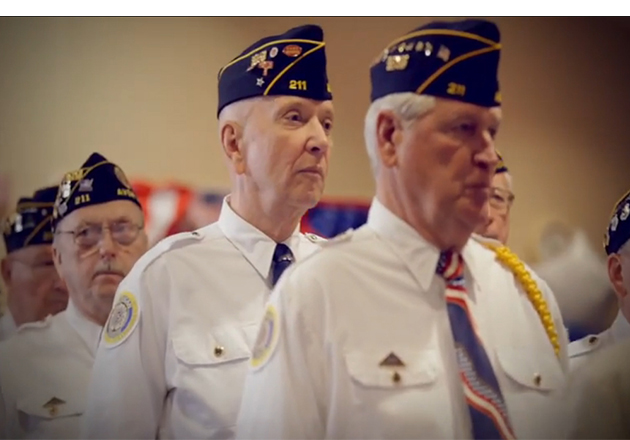 Hosted at their home in Independence Village, a senior living community in Avon Lake, Ohio, the ceremony honoring Joe and Helen Wilkinson was planned by Hospice of the Western Reserve as part of its We Honor Veterans commitment to honoring and celebrating the contributions of veterans in its care, and providing services geared to the unique end-of-life needs of veterans and their families.

Joe and Helen, as well as several of Joe’s family members, were honored at a veterans recognition “pinning ceremony.” The ceremony for the couple, who began dating 74 years ago, included friends, family, members of their couple’s hospice care team, and nine members of the Avon Lake Honor Guard.

Joe, 91, was drafted at 17, serving in the Army’s Air Corps in World War II as a private first class. He was appointed Company Clerk because he was the only newly drafted soldier in the company who knew how to type. He was also charged with ensuring B-26 Maurader bombers were properly loaded.

While Joe was serving overseas, his fiancée, Helen, remained in the United States, working in a “Rosie the Riveter” position in Indiana, securing airplane wings with bolts. Joe frequently wrote to Helen, eventually telling her he was coming home and to “get the wedding dress ready.” The couple married on Sept. 23, 1945, soon after Joe returned.

The multi-generational ceremony allowed Joe to remember not only his service to the country, but the courtship that began before he served and culminated in the long-term marriage. The couple, who were raised in Carbon Hill, Ohio and have known each other since they were children.

“I knew I wanted to date Helen but her parents wouldn’t allow it until she was 16,” Joe said. “I’ve known her since she was a little kid. I was best friends with her brother. Our first date was at a party her family threw for her on her 16th birthday.”

The couple took several opportunities to exchange quick kisses after the ceremony which was led by Hospice of the Western Reserve volunteer and Navy veteran Greg Weiss.

Weiss said the ceremony is an important way to commemorate and honor veterans.

“These are some of the most humble people I can meet,” Weiss said. “It’s an honor and a privilege. Watching Joe’s face, I could see he was so proud. It meant so much to him. To have three generations of the same family serve and be honored together is so special.”

Nancy Rowe, Joe’s daughter, said hospice was a huge help.  “As my folks got older I realized the importance of hospice,” she said. “It’s been a relief taking a burden off my shoulders and my brother’s.”