New U.K. poll shows how little we know about dying 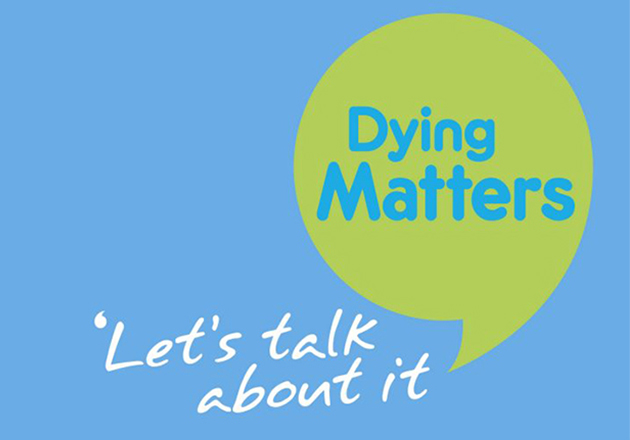 National campaign in the U.K. launched to encourage conversations about death.

New data released  on Thursday,  May 9, 2019, shows that six in ten people answering feel they know, at most, “just a little” about what happens to a person in their final hours of life. This is despite one in two people who were asked saying they have been present with someone at the end of life.

The Academy of Medical Sciences worked with Ipsos MORI to survey 966 British adults aged 18+ through face-to-face interviews (of whom 612 answered the questions), as the Academy launches a new national campaign calling for us all to be better informed about death and dying, to understand public values when it comes to end of life care, and anticipate how medical science can help meet their wishes and needs.

“It is striking that six in ten people feel they know very little or nothing about what happens to a person at the end of life, despite half of people having been with someone when they died.

“Not knowing what may happen to a loved one as they die can exacerbate fears at the hardest times of our life. It may also mean that people struggle to think clearly about how best to fulfil the wishes of a dying family member or friend, let alone know what to ask doctors and nurses.”

Potential poll participants were informed of the survey subject matter and given the opportunity to opt out of answering these sensitive questions. An unexpected one in three participants chose not to answer the questions, suggesting that many people feel very uncomfortable talking about death. Challenging this taboo is at the heart of the Academy’s national campaign.

The poll also revealed that those who know at least a little about what happens at the end of life are as likely to get their information about what happens at the end of life from documentaries (20%) as they are from medical professionals (22%). Interestingly, information from films, dramas and soaps (16%) also falls in the top 5 sources of information. The most common sources of information come from conversations with family and friends (42%) and personal experience of being with someone in the final hours/minutes of their life (33%).

“TV and films rarely ever depict ‘normal’ deaths. For many individuals, death is a gentle, peaceful and pain-free event. Although grieving the loss of loved ones can be a difficult process, some people do speak about their loved one’s death as having been a positive experience. We need to demystify death and talk about it more.”

The biggest concern for members of the public about being with someone as they died is that they would be in pain, with 62% of people identifying this as their biggest worry. 52% of people were concerned the person dying may be frightened, and 40% were worried that the person dying might be panicked.

The Academy is opening an innovative new pop up installation in Lewisham Shopping Centre [open to the public for one month from 10 May] called The Departure Lounge, where the public can come and learn more about the end of life in an enticing and stimulating space. The pop up shop combines the metaphor of travel with findings from medical science and personal stories from the end of life to explore what it means to die well and empower the public to talk more openly about death and dying.

The conversation will be expanded nationally via a website [live 9 May] and digital campaign as well as 30 smaller versions of The Departure Lounge popping up across the UK. The Academy will be working with Ipsos MORI to get further public views to feed into a long term policy project which will seek to ensure that medical and health research and policy around end of life care, death and dying reflects what people consider to be important.

Dying Matters is a good source of information for people who want to know more about what happens in the hours and days of life and what symptoms may represent the end of life [see notes to editors for resources].

The project was developed by the Academy of Medical Sciences in partnership with public engagement specialists The Liminal Space, and was supported by The Health Foundation and Wellcome Trust. The project launch is timed to coincide with Dying Matters Awareness week (13-19 May 2019).

The Academy of Medical Sciences is the independent body in the UK representing the diversity of medical science. Our elected Fellows are the UK’s leading medical scientists from hospitals, academia, industry and the public service. Our mission is to advance biomedical and health research and its translation into benefits for society.