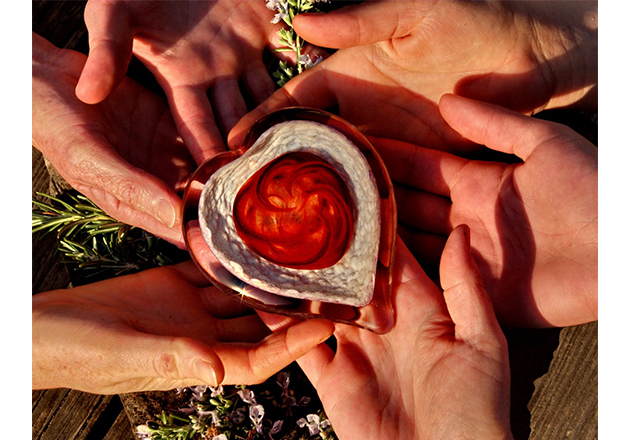 The National Hospice and Palliative Care Organization is pleased to announce the winners of this year’s Volunteers are the Foundation of Hospice Awards. Each year, a group of four outstanding hospice volunteers, who best reflect the universal concept of volunteerism in its truest sense—serving as an inspiration to others, are chosen by a national committee of professional peers. The honorees have made significant contributions to hospice programs in the areas of care delivery, organizational support, and teamwork.

This year’s recipients of the Volunteers are the Foundation of Hospice Awards and the area for which they were honored are:

Specialized Service Award:
Gerald “Jerry” Haines
Heart ‘n Home Hospice & Palliative Care, Fruitland, Idaho.
Gerald “Jerry” Haines, born in 1936, has dedicated his life to service. He spent 25 years serving his country, retiring at age 41 as a Major in the Army National Guard. His civilian life has been filled with opportunities to help others including volunteering with his church, local senior center and veteran advocacy groups. Jerry began his service with Heart ‘n Home Hospice in 2014. He participates in veteran pinning ceremonies – an event dedicated to honoring the service of a veteran in hospice care. Jerry arrives at each event in full dress uniform, thanks the veteran for their service, salutes the veteran and pins an American Flag on their shirt. He often follows up with return visits.

Patient and Family Service Award:
Maureen Endee
Tidewell Hospice, Sarasota, Florida.
Maureen Endee began her service at Tidewell Hospice in 1999. Since then she has given more than 7,500 volunteer hours to the organization and the patients and families it serves.  Maureen primarily serves at the Venice Hospice House, working a weekly shift, but also has served in general patient visitation, vigil shifts, Caring Touch, remembrance events, filling aromatherapy supply orders for the clinical teams, and serving as a mentor to other new patient care volunteers. She helped organize a graduation ceremony for a young girl whose father was dying at the Venice Hospice and would not live long enough to share this milestone with her.

Organizational Support Award:
Barbara Smith
Mountain Hospice, Bellington, West Virginia.
Barbara Smith is the co-founder of Mountain Hospice, Inc. and helped prepare documentation to open the hospice, which accepted its first patient in 1991. Barbara has served on the Board of Directors, Executive Committee and was a patient-care volunteer. Barbara retired from Alderson Broaddus University in Philippi, West Virginia, after 36 years, starting as an instructor and advancing to become Chair of the Division of the Humanities and Professor of Literature and Writing. Smith has published over four hundred poems and short stories and has written some twenty books of poetry, nonfiction, and fiction.

Young Leader Award:
Jordynne Badillo
The Elizabeth Hospice, Escondido, California.
Jordynne Badillo, 21, is a grief group facilitator and camp counselor in the Children’s Bereavement Program for The Elizabeth Hospice. In her volunteer role, she helps children develop coping skills and regain feelings of hopefulness. From an early age, Jordynne knew her life’s work would involve helping others. But it wasn’t until a guest lecturer from The Elizabeth Hospice spoke to her class about childhood grief that Jordynne’s future career path came into view. She is currently a student at San Diego State University. Her goal is to become a psychologist and open her own center for at-risk youth.

“On behalf of NHPCO, our membership, and the patients and families served, I want to thank Jerry, Maureen, Barbara, and Jordynne for their service and commitment to the hospice mission and congratulate them for receiving this meaningful award,” says NHPCO President and CEO Edo Banach.

“The U.S. hospice movement was founded by volunteers and they are an integral part of the interdisciplinary team, providing quality person-centered hospice care each and every day,” Banach continues. “I have met many hospice volunteers in my travels across the country and I am always moved by their dedication, selflessness, and passion to improve the lives of the patients they serve.”

The volunteer awards are administered by NHPCO’s MyNHPCO professional networking community, a part of the organization’s membership that promotes the contributions and skills of the different professional disciplines that make up the hospice interdisciplinary team.

Learn more about how hospice benefits patients and families at www.MyHospiceCampaign.org.