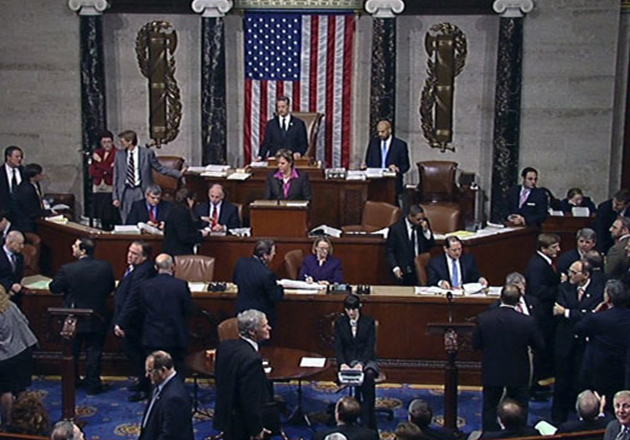 The Hospice Care Access Improvement Act of 2015 (H.R. 3037) was introduced in the House of Representatives by Congressmen Tom Reed (NY-23) and Mike Thompson (CA-5). The National Hospice and Palliative Care Organization enthusiastically supports the bill.

The legislation calls for the testing of hospice payment reform that was proposed by the Centers for Medicare and Medicaid Services in May of 2015. The new payment system would be put into effect by October 1, 2015 and seeks to establish a two-tiered payment system for patients receiving the routine home care level of hospice care, based on the length of their stay in hospice.

Although the hospice community generally supports the proposed payment system, there are serious concerns about implementation without proper testing, education, and training.

“All hospice programs are largely dependent on Medicare and Medicaid reimbursement,” says NHPCO President and CEO J. Donald Schumacher.  “The changes in payment policy and methodology outlined in the proposed rule pose significant infrastructure and procedural implementation questions and challenges on so many levels, and those issues remain unresolved, and it will require time and effort to develop new systems, test, and put in place all of the necessary processes and change.”

In addition to payment reform testing, the bill will direct CMS to conduct a medical review of providers who may have concerning survey results, such as, a combination of a high percentage of live discharges between 120 and 180 days; patients who received no skilled visits in the last seven days of life; and/or high levels of per-patient expenditures outside the hospice benefit. The bill also calls on CMS to require hospitals to provide patients identified as likely to need hospice care with a list of Medicare certified hospices that serve the area where the patient resides during the patient’s discharge planning process, and disclose any financial interests the hospital may have with the hospice.

“NHPCO has long called for increased program integrity measures,” says Schumacher. “As hospice and palliative care providers, we care for patients and families at one of life’s most vulnerable times.  Americans need to know that all Medicare-certified providers are committed to the highest standards of quality and compliance.  This new bill will improve oversight and transparency throughout the entire hospice community”

Nearly 300 hospice advocates attending the Hospice Action Network’s Advocacy Intensive, are on Capitol Hill today to share their personal hospice caregiving stories with members of Congress and asking them to support H.R. 3037,the Care Planning Act of 2015 (S. 1549), and a Senate sign-on letter calling for CMS to test hospice payment reform prior to full implementation.

In conjunction with this event, hospice advocates from around the country are participating in a “Virtual Hill Day” campaign. Participants are supporting their colleagues on Capitol Hill by phoning their members of Congress and voicing their support of these legislative initiatives during the week of July 13, 2015. Support for HR 3037 is one of the things advocates will be asking for.