Reflections of a dying chaplain 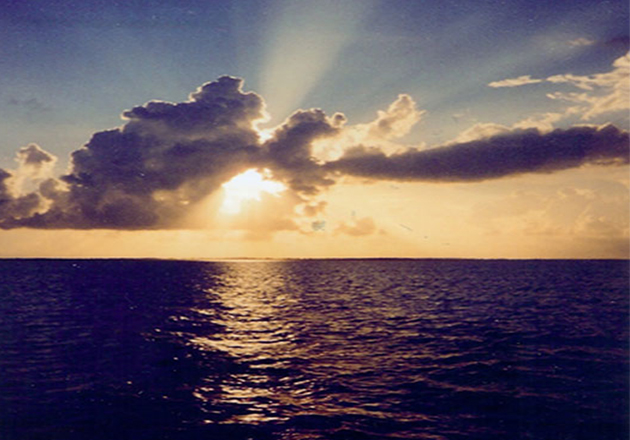 There’s an upside down Christmas tree in Catherine’s living room; she keeps it up it up all year ‘round because she likes the way it makes her feel – full of gratitude.

For Catherine, finding that peace isn’t always easy.  She was diagnosed with uterine papillary serous carcinoma (UPSC) in January 2013.  Some things in her life have changed, but her faith and feelings of gratitude have remained constants.

When Catherine’s great-grandmother died during her childhood, the family elected to have a wake in the house.  It pleased her to see her great-grandmother’s body presented in a simple fashion to family and friends.  She found it to be natural and peaceful.  That was her first real experience with death.

Catherine was confronted with another harsh reality once again when her dear friend, Sancy was diagnosed with a serious form of cancer.  Catherine stayed by her friend’s side while she battled the illness and all the while she picked up lessons about life and death that she would carry to her future career as a hospice chaplain.  It was during Sancy’s illness that, Catherine began to attend seminary.

Following seminary, Catherine became a chaplain at Montgomery Hospice and eventually became the head of pastoral care.  Her time as a chaplain instilled life lessons that she still follows today… such as the  sacredness of the present moment which encourages us to always be aware, to make every moment count, and not to do things on the fly.

Catherine has been at the bedside of many people with terminal illnesses during their final days and hours.  Catherine recalls that the most important service she provided as a chaplain was to “help people get where they were going” – even if they were not sure where that was exactly.  Rather, she helped patients explore their inner strengths.  Nurturing the spirit along with the body is an essential component of hospice care. But spirituality is not always something people are comfortable exploring.

What makes a good hospice chaplain?  Although there isn’t a set formula, Catherine thinks that she was effective in that role because of her compassion for others and her tremendous curiosity about God/a higher power.

As a result of her life’s work, Catherine now possesses a uniquely informed view point in this final phase of her journey.  She too is dying.  After soldiering through aggressive chemotherapy and other treatments, she recently had her first meeting with hospice to begin planning her own end-of-life care..  She is now in the same position as those whom she counseled for many years.

Read the rest of Catherine’s essay on the website, Moments of Life: Made Possible by Hospice.