Research The Lancet Commission: One Third of Dementia May Be Preventable - ehospice

The Lancet Commission: One Third of Dementia May Be Preventable 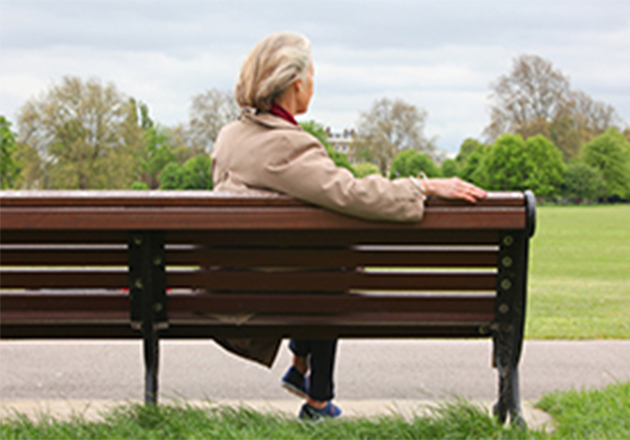 LONDON, July 20, 2017 /PRNewswire-USNewswire/ — In a report presented today at the Alzheimer’s Association International Conference 2017 (AAIC 2017) in London, The Lancet International Commission on Dementia Prevention, Intervention and Care reported that more than one third of global dementia cases may be preventable through addressing lifestyle factors that impact an individual’s risk. These potentially modifiable risk factors have been identified at multiple phases across the life-span, not just in old age.

The Lancet Commission’s report was simultaneously published in The Lancet and presented at AAIC 2017.

“Today’s findings are extremely hopeful,” said Maria Carrillo, PhD, chief science officer at the Alzheimer’s Association. “At an individual level, many people have the potential to reduce their risk of cognitive decline, and perhaps dementia, through simple, healthful behavior changes. At a public health level, interventions based on this evidence could be extremely powerful in managing the global human and economic costs of Alzheimer’s disease and other dementias.”

The Alzheimer’s Association offers 10 Ways to Love Your Brain, including practical guidance to reduce your dementia risk based on the latest research.

The Lancet International Commission on Dementia Prevention, Intervention and Care
The Lancet Commission brings together 24 international experts to consolidate the huge strides that have been made in our knowledge and understanding of dementia risk factors, treatment and care, and the emerging knowledge as to what we should do to prevent and manage dementia. The Commission conducted a new review and meta-analysis; based on which they extended current models of risk by including hearing loss and social isolation. Incorporating potentially modifiable risk factors from across the life-span, they proposed a novel life-course model of risk, highlighting the opportunity for prevention.

Among their key recommendations are:

Focus on Prevention
The Lancet Commission launched a novel life-span-based model of dementia risk, showing interventions that may maximize cognition, decrease distressing associated symptoms, reduce crises, and improve quality of life. The team estimate the contribution of each of the risk factors to the overall incidence of dementia, at the population level. The combined evidence to date shows that roughly 35 percent of all cases of dementia are attributable to nine potentially modifiable risk factors. Many of the risk factors occur at particular life stages but some, such as smoking and hypertension, are likely to make a difference at all life stages. The nine modifiable risk factors include:

Risk factors that are more common account for a higher percentage of population risk. For instance, the authors estimate that eight percent (8%) of all dementia cases could be associated with poor early school education; and five percent (5%) could be associated with smoking. While the mechanism linking education, hypertension, diabetes and smoking to dementia is relatively well understood, the recognition of hearing loss as a potential risk factor is still new, and the research is at an earlier stage.

The Commission’s report delivered recommendations for targeted public health strategies that the researchers expect will significantly lower the global burden of Alzheimer’s and other dementias. For example:

The authors stated that, due to lack of data, the study did not include dietary factors, alcohol use, visual impairment, air pollution and sleep.

“While public health interventions will not prevent, or cure all potentially modifiable dementia, intervention for cardiovascular risk factors, mental health, and hearing may push back the onset of many people for years,” said Professor Gill Livingston, MD, from University College London and lead author of The Lancet Commission. “Even if some of this promise is realized, it could make a huge difference and we have already seen in some populations that dementia is being delayed for years. Dementia prevalence could be halved if its onset were delayed by five years.”

According to the Commission’s report, worldwide dementia prevalence could be reduced by more than 1 million cases with a 10 percent reduction in the prevalence of seven principal health and lifestyle factors. An intervention that delayed dementia by a year might decrease the number of people living with dementia globally by 9 million in 2050.

“Overall, there is good potential for prevention and, once someone develops dementia, for care to be high-quality, accessible, and give value to an underserved, growing population. Effective dementia prevention and care could transform the future for society and vastly improve living and dying for individuals with dementia and their families. Acting now on what we already know can make this difference happen,” said Lon Schneider, MD, from the University of Southern California and co-author of the Commission.

Read the rest of this press release online.