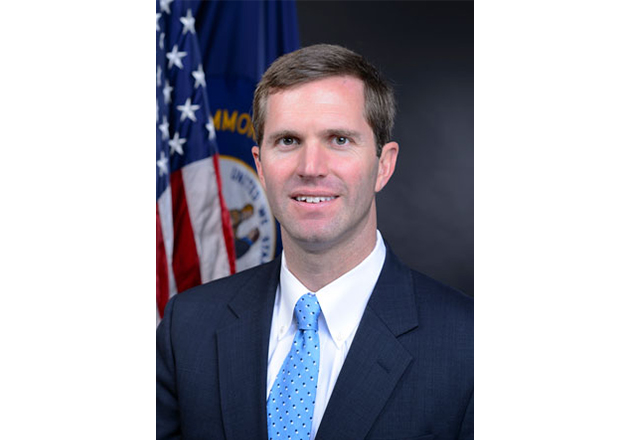 FRANKFORT, KY. (Aug. 1, 2019) – Attorney General Andy Beshear announced today that a tip from a hospice employee in Maysville led his office and seven other state attorneys general to investigate and ultimately shut down a sham hospice charity.

In a settlement agreement with the New Hope Foundation Inc. (New Hope), of Nashville, Tennessee, and its officers and directors, the organization will dissolve and three of its officers are banned from any charity or fundraising activities in perpetuity.

The multi-state enforcement began when Michael Parker, director of public relations and development of Hospice of Hope in Maysville, made a report to the Office of the Attorney General.

Parker reported that Hospice of Hope is the only hospice service provider in the Maysville area and its donors were receiving solicitations from the Hospice Support Fund for a “Maysville Area Appeal” and those donors were confused. The Hospice Support Fund was a program of New Hope, but Hospice for Hope did not receive any money from this solicitation or from New Hope in general.

Beshear’s office began to investigate the complaint by reaching out to others in the Kentucky hospice community, and eventually to other states.

“I am grateful to those in our hospice community who have dedicated their careers to caring for the terminally ill,” Beshear said. “It is appalling that this sham foundation exploited our hospice services in order to steal money from Kentucky families that should have gone to legitimate hospice organizations. Thanks to Hospice of Hope and Michael’s report, New Hope is now closed and its officers can never again carry out these shameful schemes.”

Kavin Cartmell, executive director of Hospice of Hope, stated, “We are so pleased to hear this incredible news. Justice was served. We are also very appreciative of the work conducted by the Kentucky Office of the Attorney General and how they took measures to further protect the citizens of our Commonwealth from scams such as this.”

“This case is a wonderful demonstration of justice being served by the Office of the Attorney General,” Parker added. “Small nonprofits, such as Hospice of Hope, rely on financial contributions to carry out their missions. This case further strengthens credible organizations, like ours, that are truly trying to make a difference and best serve our neighbors.”

Beshear said New Hope raised funds through telemarketing and direct mail and allegedly provided education regarding hospice services. It sent “local area appeals” which appeared to donors to be solicitations from their local hospice providers but were not.

In 2016, the organization had gross receipts of more than $4.2 million, but performed little, if any, program services. Their “charitable programming” primarily consisted of fundraisers sending out information regarding the benefits of hospice care when requested, some information on their website and some public service announcements.

In addition to paying executive compensation of almost $100,000 and minimal other administrative expenses, the remainder of the money went to pay fundraisers to solicit donations on behalf of New Hope. The organization was indebted to the fundraisers for more than half a million dollars.

New Hope agreed to repay the cost of the investigation and pay more than $74,000 in civil penalties to the states, which were calculated based on an even split and money made in each state. Kentucky’s general fund will receive more than $6,000.

Beshear said this case is a good opportunity to remind generous Kentuckians to do their research before making any charitable contributions. His office recommends these tips to help avoid scam charities.

Research every charity
Check ratings and what percentage of a charity’s income goes to its purpose on a trusted watchdog website, including: IRS; BBB Wise Giving Alliance; GuideStar; Charity Navigator; or Charity Watch. Also, search charities online to see if others allege it is a scam.

Watch for sound-a-like names
Be wary of solicitations from charities with names similar to well-known charities.

Use secure payment methods
Make sure you know where your donation is going and never donate using gift cards, wire transfer or other untraceable methods of payment.

Beshear’s office works to protect Kentuckians from scam charities. Last month, the office concluded a multi-state settlement that shutdown four affiliated sham cancer charities. As part of the settlement, the charities’ assets were liquidated and $2.5 million is being provided to help legitimate cancer centers across the country. That lawsuit was the first time all 50 states, the District of Columbia and the Federal Trade Commission joined together to shut down a sham charity.