Care Into that good night – coming to terms with hospice - ehospice 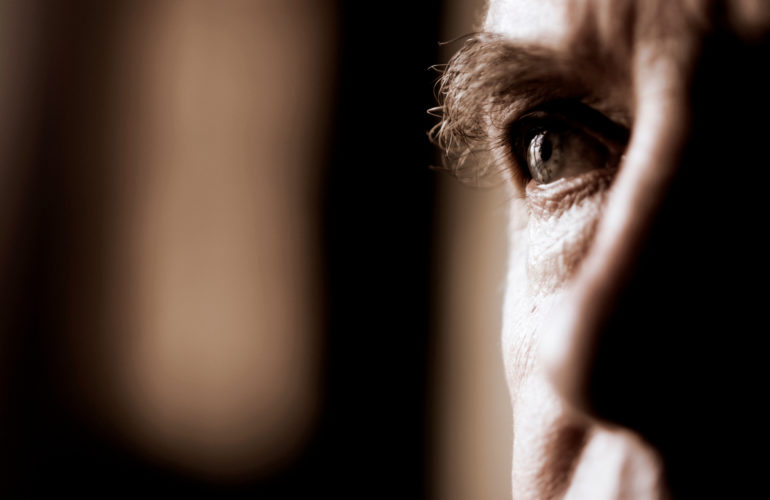 Our instincts as human beings are to resist death at all costs. From an evolutionary perspective, this ensures continued reproduction and the preservation of our species. This resistance is arguably also a basic tenet of medicine, with sickness and its sister, death, being the ultimate enemies.

Modern medicine has allowed us to tame and even eradicate a number of diseases, enabling people to live better and longer than ever before.

But how do we contend with it when the end is inevitable, despite our best efforts? People get into medicine ostensibly to save lives. When there is no saving to be done, this can be emotional for patient and provider alike.

“Are the doctors giving up on me?” – Such sentiments are not uncommon among patients and their families when they first begin to discuss the possibility of hospice care. To some, unlikely cures nothing short of miracles are the provision of medicine, and going into hospice is an admission of defeat.

The idea that “nothing more can be done,” however, is a misunderstanding on two fronts. From a practical standpoint, there is almost always more that could be done, be it mechanical ventilation or tube feedings or experimental drug therapies or a myriad number of other invasive and uncomfortable procedures.

But this is often to the detriment of the patient’s quality of life. On the other hand, it may be true that options for curing a disease are limited, but that hardly means hospice care implies abandoning patients. There is more to be done, but rather than ‘giving up’ on patients, hospice medicine simply focuses on different goals. Hospice addresses foremost the desires of the patient: What matters most to you now?

A patient may never have encountered such a question before in the course of their treatment, and so an answer may require thoughtful consideration and discussion. In many, if not most situations, there is enormous potential for treatment to benefit the patient and so short-term desires are sacrificed for the chance to fulfill long-term ones.

Patients’ immediate wishes may be in direct contravention to the course of treatment and so are temporarily staved off.

Diabetics are encouraged to control their blood sugar to reduce the likelihood of complications years later. Newly-diagnosed leukemia is treated with aggressive chemotherapy to give the patient the best chance at a future.

Hospice care, however, centres on patients’ well-being in the moment, with the understanding that patients are entitled to the things that bring them comfort.

It might seem strange, then, to think that a nurse would be complicit in fulfilling a terminal lung cancer patient’s desire to smoke. For those who have little experience dealing with hospice, the idea is absurd.

But if a cigarette brings the patient a small measure of contentment, it is not hospice’s role to deny him. The same is true for a drink, or a sweet, or a high-fat meal. To understand hospice requires that one’s entire mentality about health and the healing process shift.

This is equally true for medical personnel in hospice. The approach to care often goes against everything we learned in school; the idea that not all conditions need to be treated, narcotic doses know no bounds, and maintenance medications may be discontinued all fly in the face of the traditional approach to medicine.

Death may be the ultimate, and undefeatable, enemy, but in hospice the tactic is no longer vehement rejection. Asking others to understand and agree to this shift in thinking demands patience on the part of the medical provider. It also implores that all parties involved remember and respect the wishes of the patient.

A primary care provider may well have told a patient that she would be on a statin for the rest of her life. But in hospice, if this is unlikely to have any effect on her ability to pursue those things which matter most to her at that point, there is little justification in requiring her to continue taking the medication.

This does not mean hospice care abandons patients to their fate or attempts to hasten their deaths by withholding medication; patients’ bodies have sustained many changes by the time they reach hospice, and so care and treatment must also change to remain appropriate.

Your hospice patient may be concerned with remaining well enough to eat the foods she loves, or clear-headed enough to speak with family, or pain-free so that she can move about. Numbers and measurements, so often the goal in traditional medicine, now defer to patients’ desires.

Not all patients are candidates for hospice. Medicine still stands against disease and death and for the welfare of humanity. But for those for whom it is appropriate, hospice care can be of great benefit.

To have an open and honest conversation about what they want and what sorts of treatment may help them accomplish this is to respect their autonomy.

Medical providers and patients alike have to accept, whether we like it or not, that in the end death is not to be defeated. Rather than raging against the dying of the light, hospice care encourages the gentle tending of this light and its sustenance in the face of death.

This article was originally published on ehospice International edition.