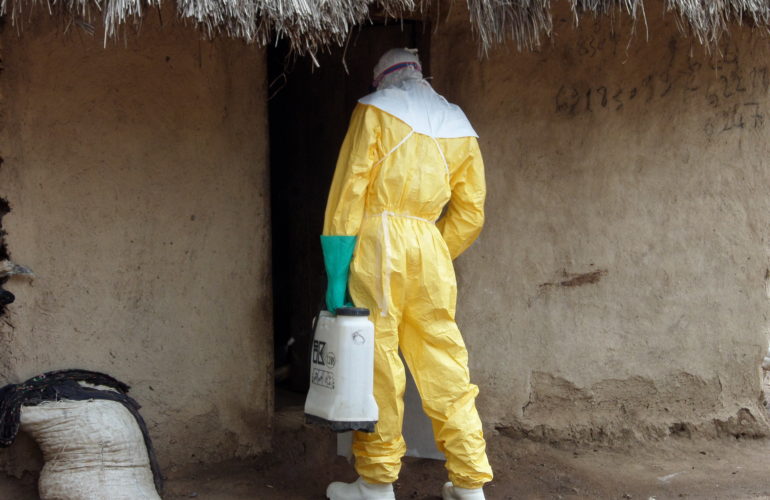 The Worldwide Hospice Palliative Care Alliance is seriously concerned about the devastating impact that Ebola is currently having on people and health systems in affected countries in Western Africa. As a network of hospice and palliative care providers we are keen to ensure that the best possible treatment and care is provided to those with, and affected by, Ebola, as well as ensuring the protection of colleagues delivering or supporting  palliative care, including health care workers, carers and family members.

In addition to caring for adults and children with life-limiting illness, palliative care workers have long supported children in Africa affected by life living conditions, including orphans and vulnerable children. We are seriously concerned about recent reports by the UN of orphans, whose parents have died of Ebola, being shunned. The physical, psychosocial, economic and legal needs of these children must be met.

Gabriel Madiye, Executive Director of the Shepherd’s Hospice, Sierra Leone stated “Ebola is a serious problem for us in Sierra Leone and we need to face it headlong. At the very least our palliative care workers need to be trained, supported and equipped to deliver care with the most minimal risk to their own health. Now is the time to join together to support our patients, their families and protect our palliative care workers’.

The Worldwide Hospice Palliative Care Alliance fully endorse the joint NGO statement released at the ‘Defeating Ebola in Sierra Leone’ international conference. In all affected countries, we call for appropriate attention to support infection control and containment of the epidemic as well as the palliative care needs of patients with Ebola,  their family members and affected children. In addition, we call for support, training and equipment to maximise the safety of all health care workers living in the affected area.