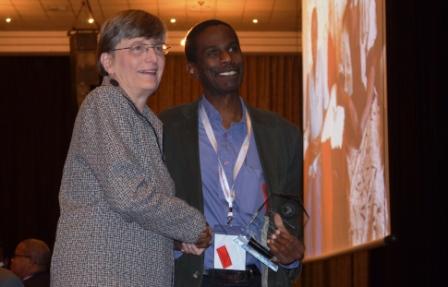 The full list of winners of the prestigious awards has been announced by the African Palliative Care Association (APCA). The Journalism awards sought to recognise the best coverage of issues pertaining to palliative care in Africa, meeting the WHO’s definition of palliative care. The Public Health and Policy Awards sought to recognise the cumulative contributions of an African Ministry of Health, an individual and an institution whose public policy advocacy efforts at the national, regional, or international level have improved patient access to palliative care in Africa. The awards were supported by the Open Society Foundation.

The winners of the ‘APCA 2013 Palliative Care Journalist Awards for Africa’ are:

The winners were selected by a panel of distinguished experts in health journalism. The panel consisted of:

The winners of the APCA Public Health and Policy Awards are:

The winners were selected by a panel of distinguished experts in health journalism. The panel consisted of:

Commenting on the awards APCA’s Executive Director, Dr Emmanuel Luyirika, said, “I would like to congratulate all of the winners of these prestigious awards. Each winner has shown excellence in their field which is having a impact on patient’s lives. Together we can ensure everyone has access to quality palliative care.”