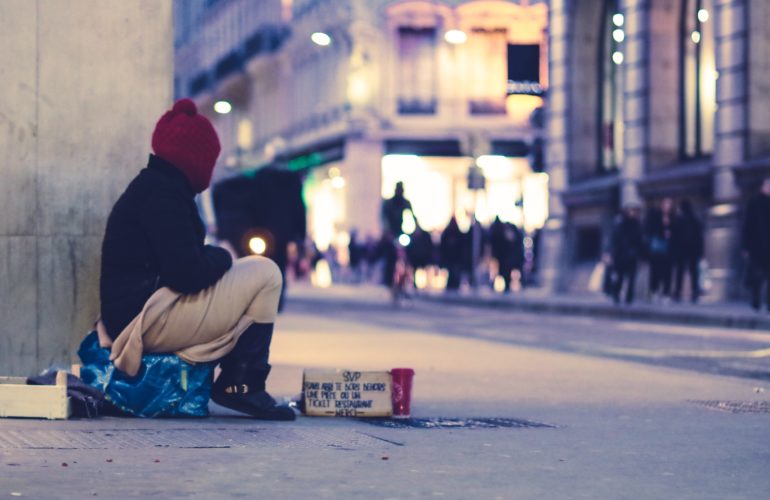 Dr. Naheed Dosani is a palliative care doctor in Toronto but his patients are not in hospitals and clinics, they’re in homeless shelters, drop-in centres and sometimes even on the streets.

His patients are the city’s homeless, an ebbing and flowing population that numbers approximately 5,000.

“When you’re socially isolated on the streets, who’s advocating for you?” he asks rhetorically.

Thanks to a program called Palliative Education and Care for the Homeless (PEACH), funded by Inner City Health Associates via the Ontario Ministry of Health and Long-Term Care. Right now, PEACH is Dosani, but ICHA hopes to be able to fund a second mobile unit soon.

Dosani heads out in his car to visit some of his patients. His mobile medicine is funded through a program called Palliative Education and Care for the Homeless (PEACH). (CBC)

He gets into his Honda Civic every day and goes to see his patients wherever they may be.

“It’s borderless,” he told CBC News on a recent ride-along, and said people call his car “the PEACH-mobile.”

Dosani dispenses much-needed health care to a vulnerable and marginalized population — many of them at the end of their lives.

“Our experience shows us that the majority of this population dies in social isolation,” he says. “They die with very few people around them, very few supports, and it’s a tragedy.”

Dosani winds his way through city traffic, and arrives at Kensington Hospice, a 10-bed palliative care home located in a quiet Toronto neighbourhood.

He’s there to check in on Andy Thomas, who’s been in and out of shelters for 15 years. Dosani enters the dimly lit room with Leslie Randl, a palliative care co-ordinator with the Toronto Central Community Care Access Centre.

“Andy, how are you feeling today?” Dosani asks.

Andy is 43 and near death. He has metastatic stage 4 bladder cancer. Dosani and his team were able to secure this hospice bed, where in all likelihood Andy will spend the last few days of his life.

“The obstacles to a quality end of life for this population start to mount up, start to add up to a point where it’s relatively impossible,” says Dosani. “Andy is totally one of the lucky ones who is able to … [be] in a hospice setting.”

Thomas is just 43 and near death. Dosani and his team were able to secure this hospice bed, where in all likelihood Andy will spend the last few days of his life. (Kas Roussy/CBC News)

Andy is on a cocktail of medication including methadone and hydromorphone to manage the pain, and something for delirium.

On the day we visited, he was lying in his bed, weakened by his disease, but he mustered up enough strength to say that being in the hospice “releases as much of the stress as possible.” If he wasn’t here, where would he be? “Oh, the streets,” he whispers. “Easily on the streets. There’s nowhere else.”

Andy has been estranged from his family for a decade. The only thing he really cares about, his two cats, are now staying with a friend.

On the way out, Dosani leans close to Andy’s face. “You’re really strong, Andy. Hang in there, OK? Get some rest.” Read more…