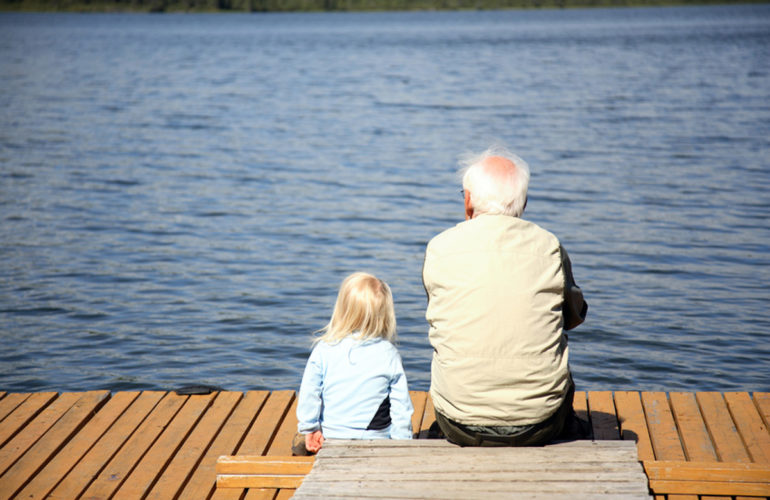 The Mikisew Cree First Nation organized a celebration for the Kahkiyow Keykanow Elders’ Care Home opening on Thursday, hosting more than 300 community members and fly-in guests for an opening prayer, drum ceremony and community feast at the local hall.

“It’s very exciting. We’re really quite thrilled by it all. It’s one of those things where it’s a dream come true,” Trish Merrithew-Mercredi, senior advisor to chief and council of Mikisew Cree First Nation and project lead, told The Journal.

“I think people really didn’t think it was going to happen, but now that it has happened, they are beside themselves,” she said.

The $12-million, 12-room facility that was the remnants of the old community nursing station just 15 months ago, was built with no government funding through private Mikisew Cree funds and generous industry contributions, Merrithew-Mercredi said.

A total of $5 million was donated by industry, including Shell Canada and Cenovus, both oilsands companies operating upstream of the community.

Mikisew invited senior industry executives who contributed to the project, including Total, Syncrude, Husky and Suncor, to join them for the opening celebrations, with some coming from as far away as France to attend the ceremony.

“It’s a huge deal for the whole region,” Merrithew-Mercredi said. “I think it shows that this community is the kind of community that when it says it can do something, in fact it can do it. It’s a very forward looking community and a very determined community.”

Fort Chipewyan has long desired to have a care facility for elders in the region. Currently, community members who require assisted living or palliative care must travel to Fort McMurray.

“They couldn’t be at home, around family with familial conditions. They couldn’t eat familiar food, being with their friends and children, the people they’ve spent all of their lives with,” Merrithew-Mercredi said. “More often than not, they would come home in coffins.”

Given the need and the community’s support, Merrithew-Mercredi said she is not surprised by how fast the project came together.

“We had a really good project team and some fine management. When we said that was what we were going to do, that is exactly what we did. We certainly had the backing of the chief and council,” she said.

The new building boasts a top of the line green energy addition of 44 solar panels installed on the roof to offset the facility’s energy needs, an initiative promoted by the Keepers of the Athabasca Watershed Society.

The family room of the elders’ care home has been dedicated to the late Willie Courtoreille, a Mikisew Cree band councillor who was killed tragically in a car crash last December.

With the grand opening behind them, Merrithew-Mercredi said she expects to see occupants towards the end of June. The biggest problem now is having enough space for the demand.

The centre will be accepting applicants according to Alberta Health regulations.