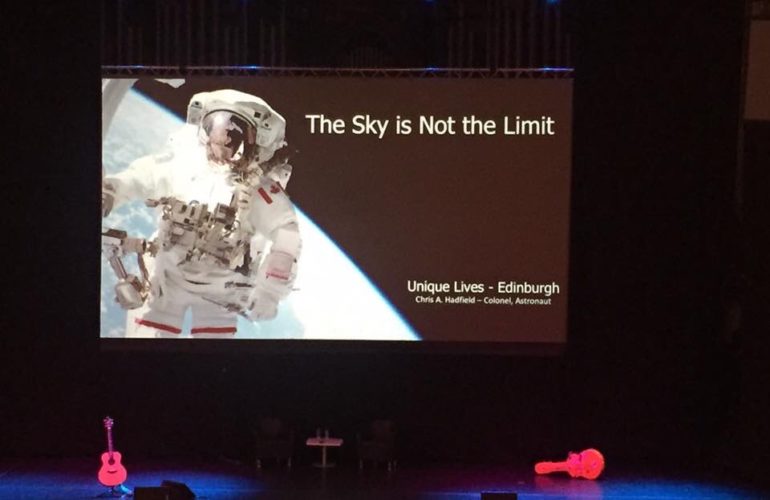 Four years ago, I was privileged to meet Commander Chris Hadfield at a “meet and greet” event at the Usher Hall in Edinburgh.

He’s an amazing and inspirational man, and I’d thoroughly recommend his book to anyone interested.

Commander Hadfield talked to us for some time, about his life, his experiences and his philosophy. One of his great devices is constantly to look forward, without regrets:

“It’s not about what you did yesterday, it’s all about tomorrow…”

I asked him his own question, that he had mentioned in his talk:

“What should I worry about? What’s going to kill us next?”

The Commander’s point had been a serious one though. There are lots of things to worry about as an astronaut, working on the International Space Station. Sometimes the best thing to do is to focus on what the next and most immediate threat is, rather than trying to worry about everything all at once.

I quote him in my work as a geriatrician. We get very caught up in doing a full “Comprehensive Geriatric Assessment” for each of our patients, looking in great detail at each aspect of their physical and mental health.

Sometimes though we need to revisit:

Why did the crisis arise today?

What needs  to be done now?

We make long “Problems Lists” for our patients, and set about trying to solve (or ameliorate) each and every one of them. It’s very laudable, but also easy to lose focus on what actually matters to the patient, today.

There’s also a risk of us overwhelming the patient with all of our offers of investigation and intervention. If they only presented for a specific purpose, we need to sure that consent is given for all the other “and while you’re here…” stuff.

I think GPs are often very good at this. I’m not a GP partly because I couldn’t see myself working in ten minute slots. But l now realise, in reality they don’t do this either. They sort out today’s problem, and then invite the person back for a further review another day, if that’s needed.

It’s a balance, of course, because if you can be efficient and do several things at once, that has some advantages. But it can be overwhelming and also lead to losing sight of the original problem.

When we meet an older person admitted with a fall, and meet them in the acute ward on the “post take” ward round, we need to consider the menu on offer:

1. The person has no serious injury. They have known frailty. Return home!

2. No serious injury, but the reason for the fall is unclear. Admit for further assessment, investigation and therapy input.

Or, either of the above choices but maybe we could follow the person up at HOME! Or in some other kind of community setting? The services are different in different places, but there are therapists and doctors working outside the hospital walls, and geriatricians can see people as outpatients too.

I left my job as a full time hospital consultant seven years ago, to start work on Midlothian’s “Frailty Project” at the start of January 2014. The plan was to develop a “Hospital at Home” service, as an alternative to admission for frail older people.

That story is told elsewhere…

At the beginning though, my first challenge was to get used to working in a community setting. I was part of the Rapid Response Team, now euphemistically entitled the “Midlothian Enhanced Rapid Response Team” by the addition of a doctor and two nurses.

We couldn’t yet take on patients into a virtual ward, but I could spend time shadowing my colleagues and picking up skills from them.

I learned a lot from my therapy colleagues in those early days. I remember one particular story quite vividly:

We saw an elderly man whose wife had just been admitted to hospital. She was his carer, so it was a crisis. I offered to make the notes, while Duncan, the physio, did his assessment…

I made a beautiful list. In nice legible handwriting too… about the prostatism, the cerebrovascular disease, the polypharmacy and much much more.

“Today, his problem is that his wife is ill. We need to work out how he can cope without her!”

I’ve learned from Commander Hadfield, and Duncan the physio, that sometimes the best thing is to deal with the immediate crisis. Not to look too far ahead, or we’ll become overwhelmed.

The world is a really challenging place at the moment, and many people are struggling with their mental health, trying to make sense of it all. There is also a feeling that we almost don’t dare to look beyond the current Covid pandemic, as we might be setting ourselves up for more disappointment. There are big and scary issues out there at the moment, and it’s easy to feel small and vulnerable.

So just now, one of the best philosophies may be to stay grounded and not look too far ahead. Today, I’m going to clean the kitchen. A “SMART” goal, realistic and achievable.

Focussing on small wins can be good. Changing the world can come later. 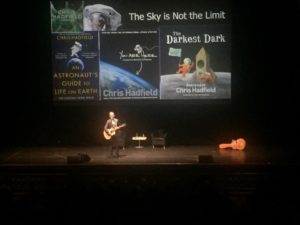 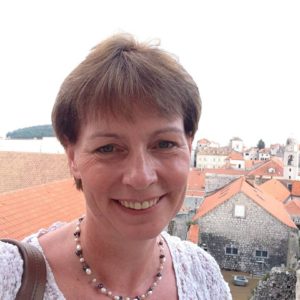 “You can find me online and say hello! Email is Patricia.Cantley@nhslothian.scot.nhs.uk; Twitter is@Trisha_the_doc