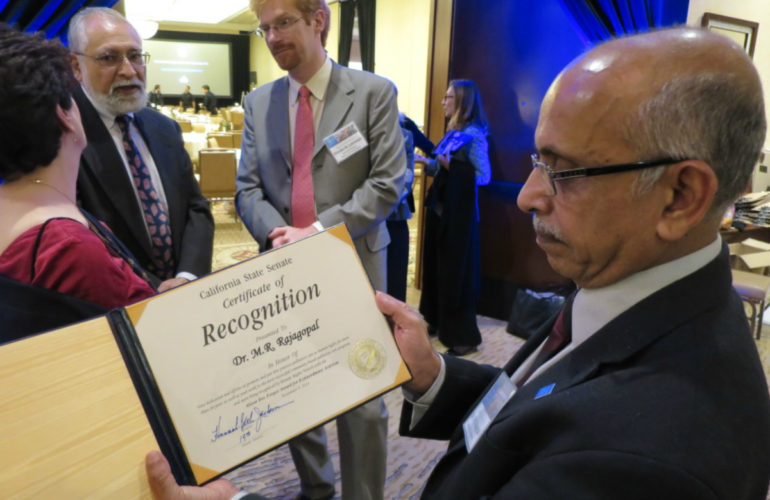 As previously reported on ehospice, Dr Rajagopal has been awarded this honour by Human Rights Watch in recognition of more than 20 years spent fighting conditions that cause patients to suffer severe pain unnecessarily. During this time he contributed to the development of India’s National Program in Palliative Care (NPPC) in 2012 and to the Amendment of the Narcotic Drugs and Psychotropic Substances Act of India in 2014.

At the event, Dr Rajagopal spoke about how, as a medical student, he was much affected and grieved by the screams of a neighbour who was suffering from cancer: “When I became a doctor, I chose anaesthesiology – so that I could treat pain,” said Dr Rajagopal. “There has been little interest in caring for people who could not be cured. Most of them die appalling deaths, abandoned by the healthcare system,” he added.

Dr Rajagopal also expressed gratitude to Human Rights Watch for the honour, and also for their support in bringing relief and comfort and dignity to so many in India.