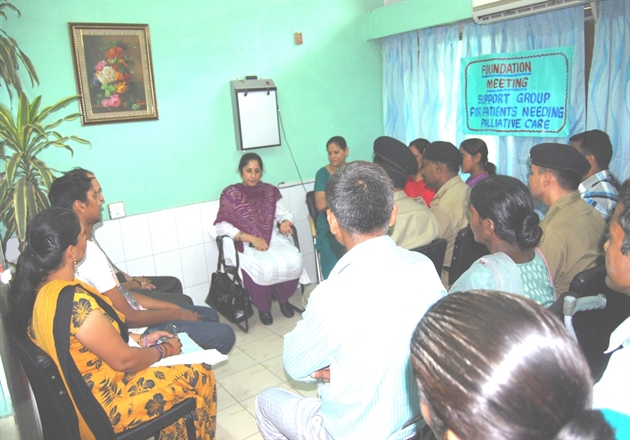 The idea of a support group is a new one for the police forces, who arguably have a greater need as personnel may lack family and community support. Those in the Border Security Force may stay away from families for years and so be unable to attend to sick family members, suffering from anger, guilt, helplessness and loneliness as a result. Isolation in border areas also means they have limited access to information, the internet and counselling.

The first meeting of the support group, which lasted an hour, was attended by 20 families. Attendees were very positive about the experience, and there are plans to hold such meetings once a month. There is also a plan to include those who cannot attend in person by using social media and video conferencing.

A longer article on the new support group has been published in ehospice India.