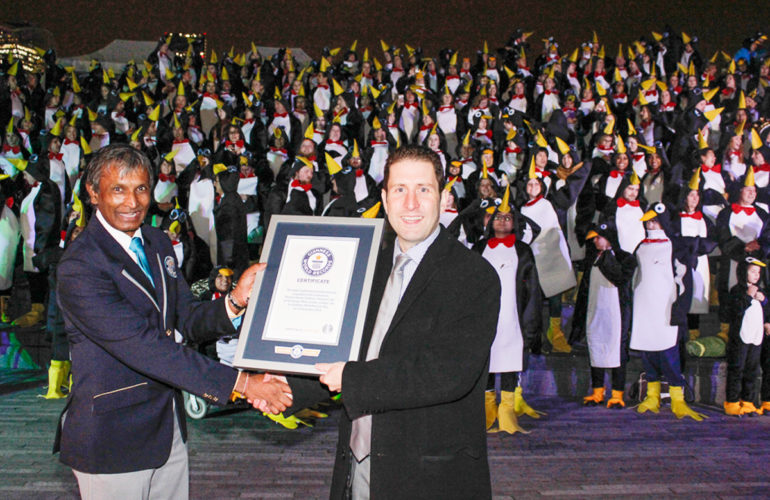 Participants were looking to break the record they set last year when 373 people penguined up to support the Richard House event.

After the count the flock took part in a 2km ‘Penguin Waddle’ around City Hall and Tower Bridge.

Emma Evans, Penguin Waddle Project Manager said: “We were delighted and pleasantly overwhelmed to see so many people wanting to support Richard House and participating in the event. I want to thank them all for their support as it makes a significant difference to the children and young people in our care. This year we saw almost twice as many waddlers turn up compared to last year, which means that next year can only get bigger and better!’’

In addition to hitting the record books, the event is set to raise thousands of pounds for the East London hospice. This will go towards providing vital care and support for children and young adults with life-limiting health conditions.