An interview with Mike Hill and an introduction to Little Stars 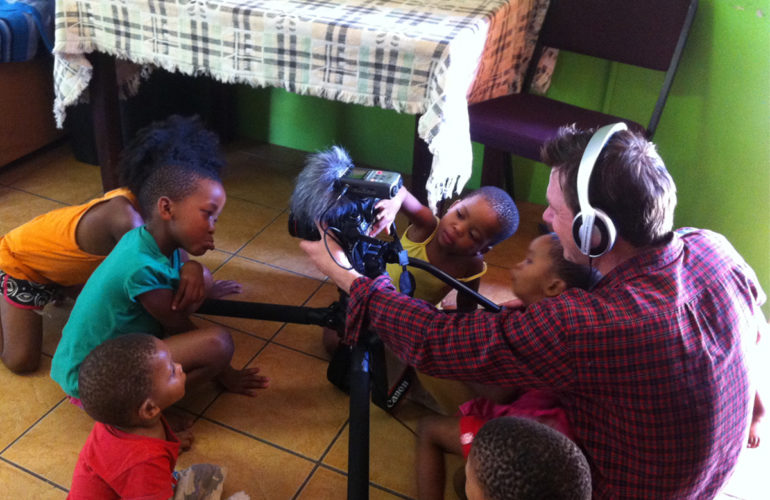 Could you tell us a little bit about your role in Moonshine Movies and what kind of work you’ve done in the past?

I founded Moonshine Movies in 2010 to focus on the convergence of filmmaking and digital communications.The company specialises in creating film projects of all forms that move audiences to action.The core team has worked on all manner of screen stories and digital projects for the past 10 or so years. Now, we’re focusing on a sub-genre we call ‘Moving Pictures Advocacy’ which is an approach that utilises moving pictures to engage, educate and empower audiences to make a difference to important social causes.

You’ve produced a few films about palliative care including Life Before Death, why did you decide to do this?

To begin with our interest was in ‘the crisis in untreated pain’.This presented itself a big ‘untold’ global health story.That angle naturally dovetailed into encompassing palliative care, which in retrospect, was the game-changer. It became evident that the folks we were collaborating with were onto something even more profound than pain relief and symptom control, they were pioneering a whole new take on modern medicine.That was incredibly inspirational to be part of.


Were you surprised about how successful this film was?

Largely thanks to the support of the global palliative care community we’re happy to report some successes. The feature film has been publicly screened over 300 times, in at least 40 countries, and is currently being subtitled into its 14th and 15th languages (thanks Jeshoor).

The TV programme has been broadcast in four countries and its fifth, Kenya, is coming up.The short films have been viewed online over 250,000 times. The DVD has been broadly distributed, including through the Buy One, Give One initiative. On top of this the digital extensions and media exposure has outperformed our expectations.That said, we still think the project has more work to do. We’d encourage anyone reading this to continue helping utilise the materials by continuing to host screenings, ensuring that institutional libraries have a copy of the DVD and connecting us with the public broadcaster in your country.


Has doing this work changed your opinion of how pain relief is delivered and of palliative care generally?

There’s so much great work going on by too few extraordinary individuals. It might sound strange but I’d love to see pain control and palliative care become so commonplace that the need to advocate for it is obsolete. Regrettably, the implementation gap is just so vast that it’s going to take a lot of patience and persistence to get there.

Little Stars is an exciting new project about paediatric palliative care and the life affirming stories of children around the world living with life-limiting illnesses. Returning from an amazing experience in South Africa last month was just the start of the journey; we’re hoping to ‘cover the story’ in at least three more countries before the end of the year. If you’re reading this and interested in the possibly of getting more involved, please check in to the project website www.littlestars.tv and get in touch with us, we’d love to hear from you!

What kind of emotional toll did that have on you during the filming process?

To me, the word ‘toll’ has a slightly negative connotation. The truth is it’s a gift to bear witness to the tremendous stories of courage and hope that we come upon so frequently in this field.