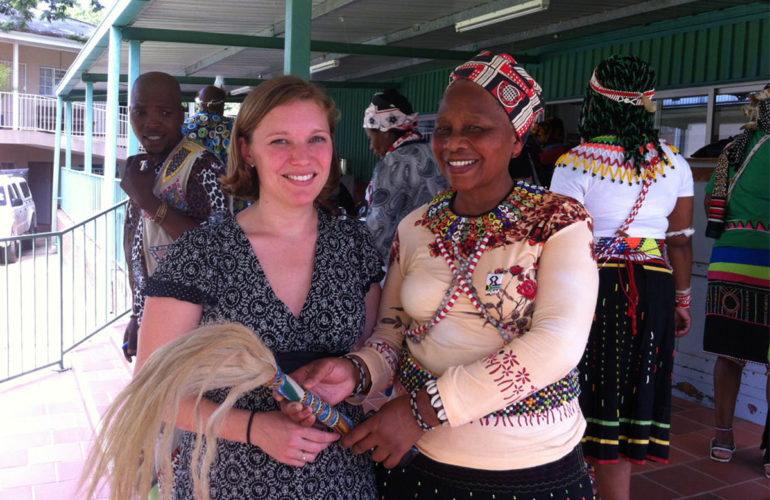 The South African news platform, eNCA, reports on a new collaboration between medical doctors and Traditional Healers in South Africa in an effort to reduce mortality rates for childhood cancer in that country and bridge the gap between western and traditional medicine.

The article reports that the childhood cancer foundation, CHOC, will train thousands of Traditional Healers to detect early signs of cancer in children and refer them to medical doctors.

Valuable time is often lost that could be better used to begin curative treatment in countries where traditional healers are often the first ‘port of call’ for families. South Africa is no exception and the childhood cancer mortality rate remains unacceptably high.

“Despite the fact that tertiary academic hospitals have paediatric oncology units providing specialised treatment, many children present too late for successful treatment outcomes. Some of the challenges to improving survival rates include limited resources, late presentation, co-morbid infections and malnutrition.

These were the findings of the first study on survival rates in South Africa, headed by Professor David Stones of Universitas Hospital, with the results published in a 2014 paper. The researchers calculated that the survival rate for the most common cancers was an average of 52.1%. Lymphoma and nephroblastoma had the highest survival rates at 63.9% and 62.6% respectively, whilst brain tumours had the lowest survival rate at 46.4%.”

Dr Linda Wainwright, a paediatric oncologist at Chris Hani Baragwanath Academic Hospital (Bara) writes: “Sadly, by the time most are referred to the paediatric oncology clinic their tummies are distended and the cancer has progressed. Yet this cancer can be detected by clinic staff in the early phases and thus education on early warning signs is very critical.”

Watch a short video and read the full report here.