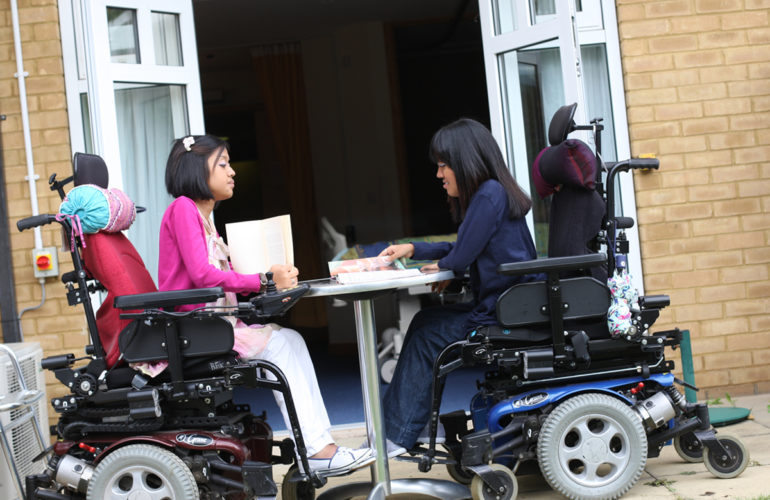 In a report in the online news platform thisisoxfordshire Sophie Grubb writes that the historic hospice Helen & Douglas House will revert to its original child-only model by reducing the age range of children accepted into the hospice from 0 – 35 years to 0 – 18 years. This drastic cut will affect more than a third of their patients and will lead to a possible 60 redundancies.

In a statement to the Oxford Mail, the hospice said that the changes were necessary. ‘We operate within a challenging and highly competitive fundraising environment and these pressures are felt by charities nationwide.”

In December 2017 the hospice was forced to call off its iconic 3.5km ‘Santas on the Run’ event due to heavy snowfall, leading to tens of thousands of pounds being lost by the charity.

From August, the hospice will close Douglas House, which provides care for young adults up to the age of 35 years. For now the building will remain in use and the charity will not change its name.

The hospice currently cares for 245 patients in total, with 90 (36%) in Douglas House. The hospice has committed to try to help families with the transition to other care providers.

In addition, trustees of the hospice have announced the staff complement will be reduced from the present 149 members to 89, a loss of 60 jobs.

A place in history
Helen & Douglas House holds a place in the history of children’s pallaitive care as Helen House, set up by Sister Frances Dominica in 1982, was the world’s first children’s hospice every built anywhere in the world. Douglas House was opened in 2004 as the world’s first hospice especially for young adults. It was opened by Queen Elizabeth.

There has been a public outcry against the proposed closing of the young adult branch of the hospice, including a statement from Sister Frances in which she said she was ‘deeply saddened’ by the news.