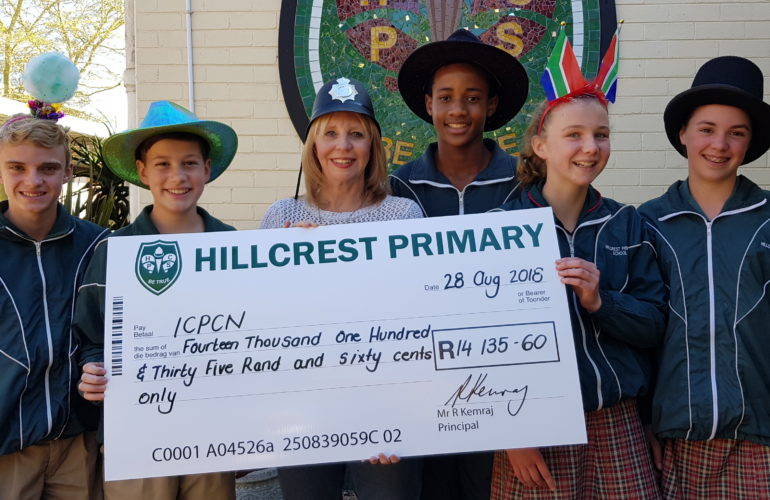 ICPCN’s annual ‘Hats On 4 CPC’ day is just around the corner. On Friday 17 August, the pupils and staff of Hillcrest Primary School got to parade around school wearing their funkiest hats to raise awareness and funds for a great cause.

For just a small donation to the ICPCN, pupils of Hillcrest Primary School in South Africa were allowed to come to school wearing a hat and by so doing, managed to raise an impressive R14 135,60 (Approx $900)

“The ICPCN is incredibly grateful to the staff and pupils of Hillcrest Primary School for showing how much they care for children and families whose lives have been affected and often shattered by the diagnosis of a life-threatening or incurable illness,” said Sue Boucher on receiving the cheque. “Palliative care helps to lift and lessen the enormous burden of pain and suffering from affected children and families. There is nothing that gives one more hope for the future than seeing children show their compassion for other children,” she added. 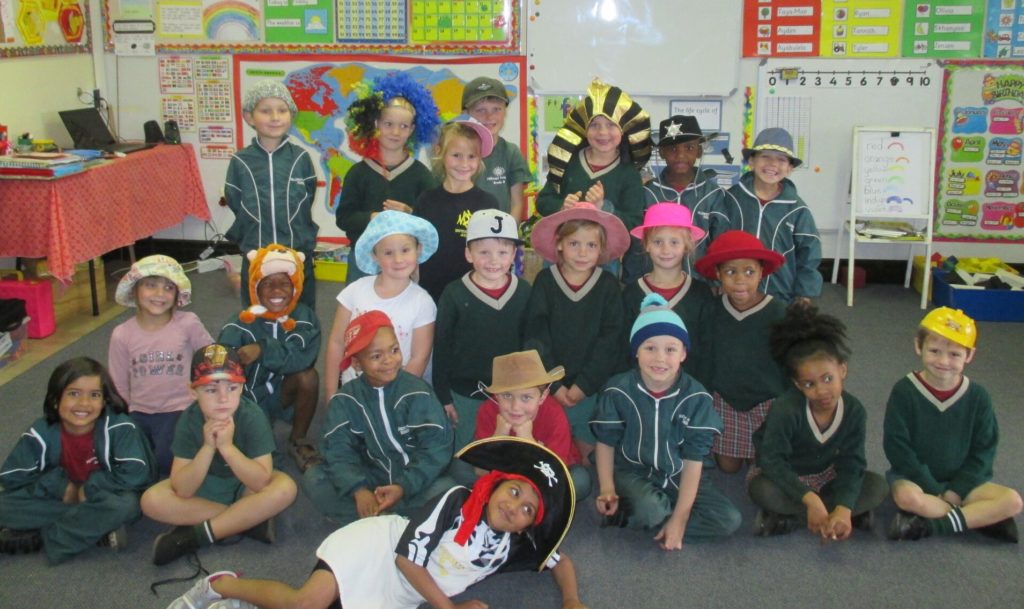 A Grade R class at Hillcrest Primary School supporting Hats On for CPC on their Funky Hat Day.

Globally there are estimated to be over 21 million children with pallaitive care needs,  800,000 of which live in South Africa. These children live with complex and serious illnesses that are life threatening. It is estimated that less than 5% of these children and their families are being reached at this time. ‘Hats On 4 Children’s Palliative Care’ Day is on 12 October this year and the pupils of Hillcrest Primary School and the ICPCN wish to challenge every school in South Africa and around the globe to take part in this day by allowing their pupils to wear a hat to school for a small donation to the ICPCN or to a children’s palliative care service close to you. Individuals and businesses are also encouraged to participate in the day.

How can you become involved?

To learn how your school or business become involved in this wonderful cause, visit the Hats On page on the ICPCN website or contact Lorna Sithole at media@icpcn.org