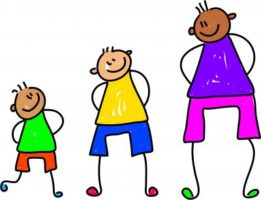 The research is published amid the Coronavirus crisis in the UK, which has already had a far reaching and negative impact on families caring for seriously ill children, who are feeling frightened, isolated and alone, with some families struggling to get the right care and support for their child. Responding to predications that that the number of children with life-limiting conditions will rise at least another 11% by 2030, UK children’s palliative care charity, Together for Short Lives is calling on the government, NHS and others to make sure seriously ill children and their families can access the lifeline services they rely on.

The new research also reveals that prevalence of life-limiting conditions is by far the greatest in babies under the age of one, and that more young people with life-limiting conditions are living to the age of 19 years. That more seriously ill children are living longer is cause for celebration, however there is an urgent need to make sure that children’s palliative care services are properly planned, funded and delivered to ensure that these children, and their families, can live life to the full. It’s hoped that the Make Every Child Count research will make it easier for government, the NHS, children’s palliative care providers and others to do this.

The study used routinely collected hospital and death certificate data in England to provide an up-to-date count of children and young people with life-limiting and life-threatening conditions. Some of the research’s key findings are:

Whilst the increase may be partly down to better recording of hospital data and improved diagnosis, the study suggests that it is also likely to be because children are living longer as a result of better care being provided and advances in medical technology.

“The Make Every Child Count research shows that the overall number of children with serious, life-limiting or life-threatening conditions has grown in the last 17 years and the number of children is likely to continue to rise” says Professor Lorna Fraser, Director of the Martin House Research Centre at the University of York and the report’s lead author. “We wanted to estimate the current national prevalence of children with life-limiting conditions and develop some robust predictions for future prevalence. The findings show that not only are there increasing numbers of children with life-limiting conditions, the prevalence is highest in the under ones, in areas of higher deprivation and in ethnic minority populations. The proportion of children living into young adulthood is also increasing. Hopefully these findings will help commissioners and service providers to work together to ensure that all these children and young people have access to accessible and age appropriate health services.”

“The Make Every Child Count research is crucial,” says Andy Fletcher CEO of Together for Short Lives. “This new data will be invaluable to help the government, the NHS, children’s palliative care providers and others to deliver the right care and support for children with life-limiting conditions, now and in the future. That more children are living for longer is good news, but with increased numbers comes different challenges. The specialist services needed to support babies under one year old with life-limiting conditions, where the mortality rate is highest, are different to those needed to support the growing number of young people who are living into early adulthood, but both are equally important to get right.”

“Our collective focus is understandably on responding to the COVID-19 pandemic right now. Over the past month our work has focused on supporting families caring for vulnerable and seriously ill children, who are feeling frightened and alone and whose lives have been hit-hard by the pandemic. In many ways the pandemic has exacerbated many of the challenges families were already facing in getting the support and services they need. So, we must not forget the growing number of children and young people with life-limiting and life-threatening conditions and their families who need care and support, both now and in the future. This research is an important foundation stone, and we’ll continue to work with government, commissioners and palliative care services in the NHS and charity sector to ensure that all children have access to properly funded services when and where they need them.”

The research was conducted by the Martin House Research Centre, University of York and funded by The True Colours Trust. 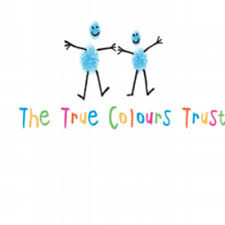 “We are delighted to fund this vital piece of research.”, says Lucy Sainsbury, Chair of the True Colours Trust. “We are committed to improving the national data on children with life-limiting and life-threatening conditions because without robust and accurate data, it is impossible to commission and provide the services they – and their families – need.  This research reveals that there is a significantly greater demand for services than previously understood.  We hope the report will help shine a light on this often overlooked population and will be a catalyst to ensure that these families get the support they deserve.”

The report is published on the 23 April 2020 and was launched by Professor Fraser via a Together for Short Lives’ live webinar.

Author: Based on a Press Release from Together for Short Lives