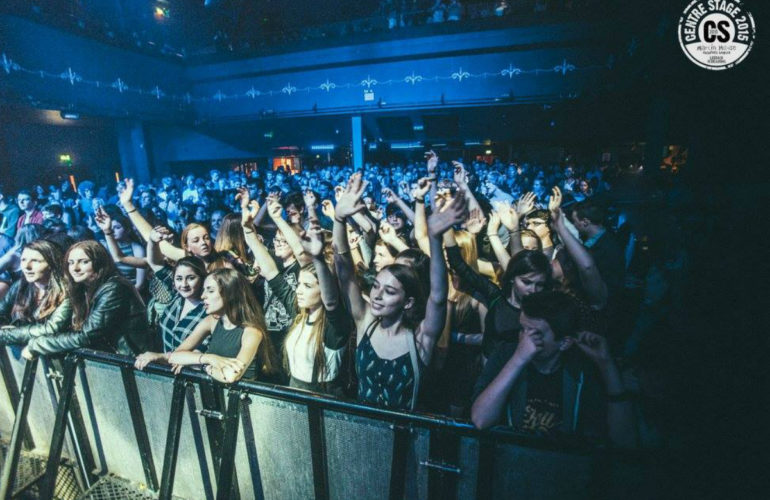 Tell us more about Centre Stage

The premise of the Centre Stage Competition is to give young bands a fantastic platform and exposure, while raising vital funds for Martin House Children’s Hospice.

In 2009 this new fundraising initiative was conceived: a musical talent competition, which would invite all secondary schools and colleges in West Yorkshire to take part.

Since its initial launch, by The Pigeon Detectives in autumn 2009, Centre Stage has so far provided a platform for over 170 young, Yorkshire acts and raised close to £200,000 for Martin House.

As well as The Pigeon Detectives, the competition also has the support of other local bands such as Embrace, The Cribs and Pulled Apart By Horses, as well as the organisers of Reading and Leeds Festivals, Festival Republic.

In order to enter, artists must be under 21 years old and in north or west Yorkshire. To put themselves forward, artists/bands commit to undertake their own fundraising ventures to raise funds for the hospice – the perfect example of young people helping young people.

Where did the idea come from and how easy was it to put into action?

As a charity, we noticed a void in engaging teenagers and young adults in our region. So, on a visit to a secondary school, we asked pupils what would engage them in fundraising and one replied: “Music. No brainer. We make it, listen to it, go see it!”

We felt we should follow this advice to engage a new generation of support and a brainstorm led to the idea of a fundraising ‘battle of the bands’ style competition – but securing a dream prize seemed essential if it was to triumph!

Our light bulb moment was realising that Leeds Festival is held just a couple of fields away. A phone call later and the wonderful Festival Republic confirmed that our winners could perform at Leeds and Reading Festivals!

With such an amazing prize we knew we had to make this as prestigious an event as possible. We approached various high-profile, local people in the music industry and soon had a strong committee and some high-profile endorsees.

How has the project developed since last year?

We have just had our Centre Stage 2015 Final at O2 Academy, Leeds, with a crowd of 1,200! Twenty further acts have taken part – 85% of which are new supporters. We’ve also continued to receive good press and publicity for the project, while enjoying reduced overheads from last year as we are attractive project to get on board with.

What made you decide to enter the Hospice UK awards?

We recognised that Centre Stage is quite a unique fundraising project – when looking at the events’ calendars of other hospices (and charities in general) we can see that it stands out from the crowd. We’ve also been contacted by other charities about the project (one in Athens!) asking for advice on how to replicate it.

The profile of the annual event continues to grow, and it has been one of the strongest fundraisers for securing ‘new support’ and ‘young support’. We are now thought of as a ‘go to’ charity for anything music related in the area.

What did winning mean to you/your team?

We were utterly delighted! To receive national recognition and admiration for this project confirms we are on the right track and others feel it is as special and important as we do.

The Hospice UK Awards celebrate innovative work and people in the sector, and are open for entry until 8 September. There are awards for innovation in care and volunteering as well as income generation, an award for Volunteer of the Year and the Anne Norfolk Lifetime Achievement Award.

The awards will be presented at this year’s Hospice UK conference. All winners receive a glassware award and a one-day free conference place. Winning also gives you an opportunity to instil pride and morale in staff, volunteers, supporters and your wider community. There will also be PR opportunities for winning hospices to publicise their success.

To find out more about the awards, and to enter, go to the Hospice UK website.