Care A Major Victory at WHA for NCDs - ehospice

A Major Victory at WHA for NCDs 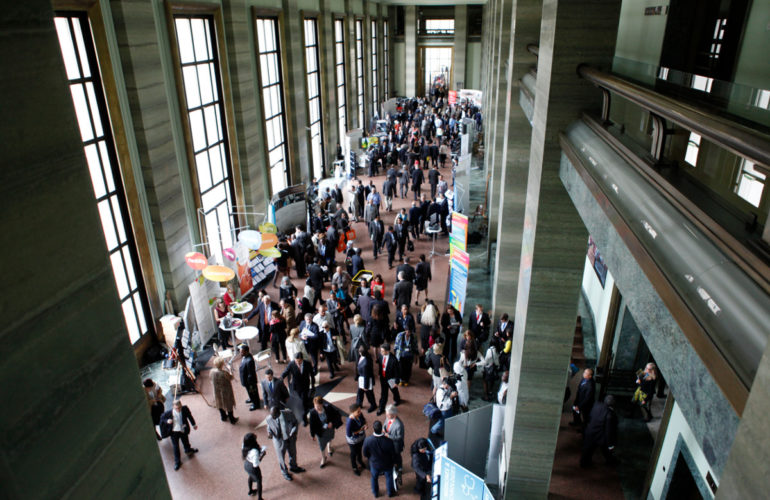 In 2011 we made history with the adoption of the UN Political Declaration on NCDs. In 2012 we set the world on course with the adoption of a global target to reduce NCD mortality by 25% by 2025. And now, in 2013, we have secured the foundations of the global NCD architecture to accelerate progress.

This afternoon at the 66th World Health Assembly (WHA) in Geneva, Member States unanimously adopted and supported an omnibus resolution on NCDs. This groundbreaking resolution fulfills commitments made in the UN Political Declaration on the Prevention and Control of NCDs, and signals consensus on the three pillars of the global NCD architecture – action, accountability and coordination.

The key decisions in the resolution are:

The importance of these three decisions should not be underestimated. As WHO Assistant-Director General, Dr Oleg Chestnov stated at WHA, “the adoption of the global action plan moves the process from the political to the practical realm”. With the adoption of the global monitoring framework and the ambitious 9 global targets and 25 indicators, for the first time all governments are accountable for progress on NCDs. And the global coordination mechanism will provide a vehicle to convene and mobilise relevant actors (including multilateral and bilateral agencies, governments, NGOs, and the private sector where appropriate) to accelerate progress on NCDs.

It was thanks to the initiative of Australia, Canada, China, Columbia, Costa Rica, Libya, Malaysia, Mexico, Russian Federation, Singapore and the USA that we have secured these landmark decisions for NCDs this week. After an intense week of negotiations, the resolution was co-sponsored by an impressive 41 countries and unanimously adopted by all countries, reinforcing the growing political commitment on NCDs across all regions.

These achievements are the outcome of lengthy and complex consultations, many of which were initiated in 2011 as follow-up the UN Summit on NCDs. The NCD Alliance and our global network has been engaged, has agitated, and has informed the process every step of the way. Your efforts in the lead up to WHA helped make the way for these bold decisions, and the undaunted efforts of the NCD advocates in Geneva this week to keep pushing right to the last moment played a critical part.

In addition, the resolution encompasses other notable recommendations and outlines a number of follow-up processes mandated to WHO, including:

to develop the terms of reference for the global coordination mechanismthrough informal consultations with Member States, UN agencies, NGOs and relevant private sector, followed by a formal Member State consultation in November 2013

Read the NCD Alliance statement that was given at WHA, the full resolution, and the corrigendum of Appendix 3 in the action plan online.

These were the documents that were circulated in Committee A this morning. We understand that three additional countries were added to the list of co-sponsors. The resolution was unanimously adopted and supported by all Member States in Committee A, recommending the Health Assembly to adopt the resolution in plenary later this afternoon.

We will be sending further information on the WHA resolution, the follow-up processes outlined, and suggested actions to be taken by our global network later this week. But for now, let’s celebrate this great victory and the knowledge that our collective effort has set the foundation for accelerated global and national action to reduce preventable NCD deaths and save millions of lives.