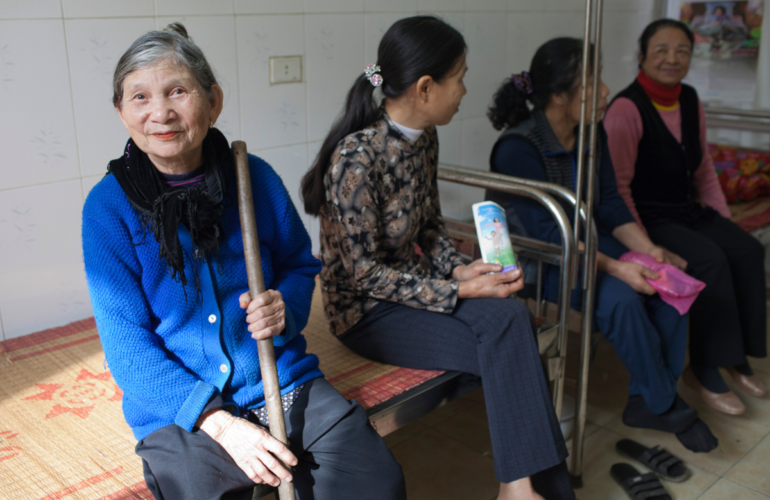 The ageing population has been a key theme at the sixty-fourth session of WHO Regional Committee for the Western Pacific, being held this week in the Philippines. On the agenda is a draft Regional Framework for Action on Ageing and Health in the Western Pacific, a document that will guide WHO and member states on policy and action for the coming six years.

As in many parts of the world, the population of the Asia-Pacific region is ageing as people live longer – from 1990 to 2009 the mean life expectancy in the region rose to 75 years from 69 years. As the WHO points out, the region is one of stark contrasts when it comes to ageing – Japan has the highest proportion of older people in the world, while other countries such as Cambodia, Papua New Guinea and the Philippines have relatively young populations.

However, in low- and middle-income countries such as Cambodia, Lao People’s Democratic Republic and Papua New Guinea, the proportion of the population aged 60 years and above is projected to double in less than 30 years – the same doubling of the older population took about 40 years in Japan.

As highlighted by the Asia Pacific Hospice Conference earlier this month, the palliative care community are already leading the way in developing care for the existing and future populations.

Last year Mahidol University announced plans to establish a centre specialized in elderly health care and hospice services that will serve as a blueprint for improving the quality of life for senior citizens as Thailand. And in Singapore the Lien Centre for Palliative Care runs a number of research projects to improve palliative and end of life care, as well as providing training for key people throughout the region.

Dr Shin Young-soo, WHO Regional Director for the Western Pacific, said: “We recognize that ageing and health cannot be tackled by one institution or one team. It requires input and ideas from governments, non-governmental partners and older people themselves. This involves consultation and collaboration with the ministries of health and other partners, such as the ministries of labour, housing, transport and urban development, as well as with communities and older people themselves.”