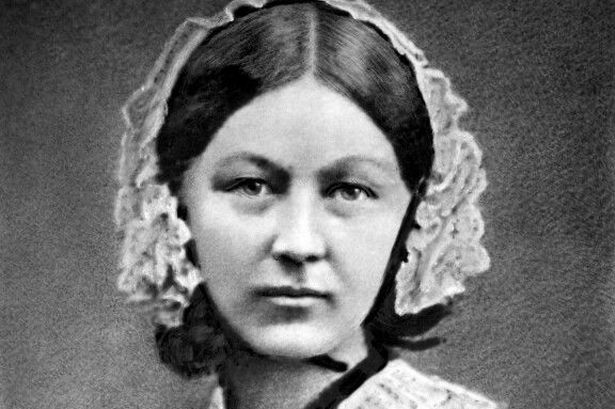 “Live your life while you have it. Life is a splendid gift. There is nothing small about it.” – Florence Nightingale.

On the 12 May each year we celebrate International Nurses’ Day on the birthday of Florence Nightingale. This year is extra special as the World Health Organization declared 2020 the Year of the Nurse and Midwife  in recognition of the 200th anniversary of her birth.

Historical images of Florence Nightingale as The Lady with the Lamp, walking through the wards at night in the Scutari military hospital during the Crimean War, tell only a small part of her life’s achievements. In Crimea, she saved the lives of countless soldiers though her insistence on dedicated nursing care that included environmental hygiene, hand-washing and good nutrition.

The embodiment of palliative nursing

If we look at her life, her spirituality, and all she worked to achieve we can be sure that if she were alive today, she would include palliative care in her training of nurses.

Palliative care combines knowledge, skill and compassion and works to relieve serious health-related suffering and improve quality of life. It is holistic in caring for the body, mind and spirit of the patient whilst supporting the family into bereavement, and respects culture and the social environment. It is provided by a team, and has as its foundation excellent communication skills, education and research. We can recognise all these in the person of Florence Nightingale.

Over the years it has taken perseverance and courage to move the field forward despite many challenges, including into often dangerous humanitarian situations and working with highly infectious conditions such as Ebola and Covid-19.

If we look at all these and at the life, work, writings, leadership and achievements of Florence Nightingale we can see in her the embodiment of palliative nursing!

Florence was well educated, an excellent linguist and brilliant statistician. She strongly believed in life-long learning for herself and for all nurses. Despite her parents’ original disapproval, turning down an eminently suitable offer of marriage and in response to a call from God, in 1850 she travelled to Kaiserswerth-am-Rhein in Germany to receive four months of medical training.

This, together with dealing with an outbreak of cholera as the Superintendent of the Institute for the Care of Sick Gentlewomen in London, led to her understanding of environmental hygiene. This stood her in good stead when invited to take a contingent of 38 nurses to the Crimea to improve the care of injured soldiers. This demonstrated her personal courage and ability to lead and encourage others into what must have been a dangerous and uncertain situation. Florence said: “How little can be achieved under the spirit of fear.”

In Scutari Hospital, Florence discovered that many injured soldiers were really dying from illnesses such as typhoid, cholera, and dysentery. Applying in practice what came to be known as her Environmental Theory, she led her team and ensured that the wards were scrubbed clean, the soldiers and laundry were kept clean, the contaminated water supply was improved and the sick received nourishing meals. This led to a reduction in the death rates of injured soldiers from 42% to 2%.

As a superb statistician. she meticulously collected data on causes of illness and death, the actions of the nursing and medical staff and the issue of provision of supplies. Through her unique ‘Coxcomb charts’, she demonstrated that soldiers were dying more of preventable diseases than injuries. One of her most famous quotes is: “The very first requirement in a hospital is that it should do the sick no harm.”

Whilst caring for the physical health of the wounded and sick, Florence also recognised their other emotional and spiritual needs. She and her nurses helped them to write to loved ones at home, and she established a library so that her patients had books to occupy their minds. Florence would write to families of those who died, in a manner that was both compassionate and clear.

Known as the “Lady with the Lamp” or the “Angel of the Crimea” from her nights walking through the wards to both observe her patients and to bring comfort by her presence and the lamplight, her writings and work indicate how important to healing was the presence of light and the absence of darkness.

She believed that an unhealthy, dark environment could cause ill-health; knew the value of fresh air; and in later years also recognised the impact of colour.

Florence’s influence as a researcher, after she collected evidence that pointed to unsanitary conditions as a major cause of death, led to a Royal Commission to be set up that reformed sanitation in both army and civilian hospitals in England and other countries such as India, during peacetime.

As an educator, she believed in life-long learning, and specifically that nurses should never stop learning. As a token of respect, a “Nightingale Fund” had been set up and with most of the £45,000 she set up the Nightingale School of Nursing at St Thomas’ Hospital in London in 1860 – the first formal secular training of nurses.

This made Nursing a viable and respectable option for women. The Nightingale model was taken worldwide by matrons (women supervisors of public health institutions). Her ‘Notes on Nursing. What it is and what it is not’, and other writings laid out principles that are still relevant today.

Despite arriving back in England with what was known as Crimean fever, Florence continued to work to develop the profession of Nursing , write extensively, and advise the British government on sanitation, hospital buildings and environmental theory until her death.

Her work was recognised and appreciated in her life-time – Florence was the first woman to be awarded the Order of Merit by Queen Victoria; received the Royal Red Cross, she became a Lady of Grace of the Order of St John; and she received the Honourary Freedom of the City of London.

A woman of deep faith, she was very spiritual, and her extensive writings on spirituality and mysticism were published after her death. She wrote that all she had achieved was because God was working through her. Florence died peacefully on 13 August 1910, leaving a beautiful legacy the world continues to celebrate.

Despite her many challenges, personal sacrifices, pain and experience of ill-health, she continued to advocate, lead, educate, research and promote nursing as a profession to relieve the suffering of patients and promote their best possible health. Florence the visionary has left all of us a challenge:

“May we hope that, when we are all dead and gone, leaders will arise who have been personally experienced in the hard, practical work, the difficulties, and the joys of organising nursing reforms, and who will lead far beyond anything we have done!”

As we – as palliative care nurses – celebrate International Nurses’ Day, may we continue to care, learn, research and develop – always in the best interests of our patients.

Florence Nightingale wrote extensively on a number of subjects. These are just a few of her publications: