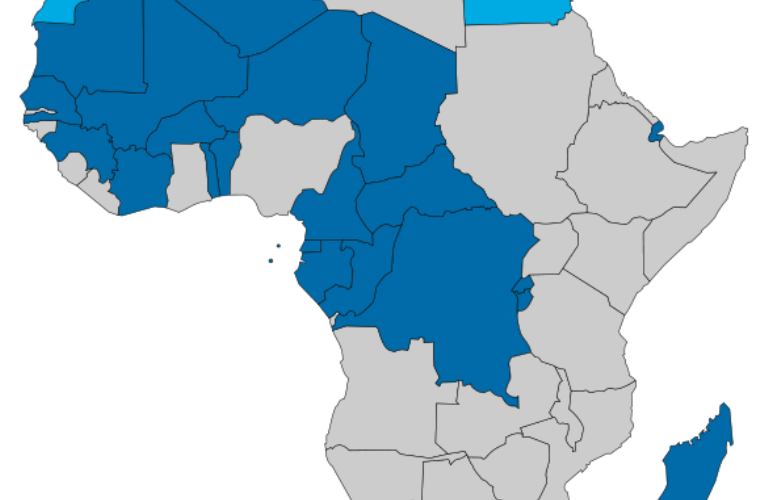 Palliative care in Africa has traditionally been mainly focused on anglophone countries. The work of Hospice Africa, amongst others, has led to hospice units being developed predominantly in English speaking areas throughout Africa.

Increasingly though, attention has been drawn to the plight of patients who are suffering from uncontrolled pain and other symptoms in the French speaking regions of Africa. In these regions, progress in palliative care has been slower. The African Palliative Care Association have made note of this discrepancy between provision in English and French speaking zones and have made palliative care development in Francophone zones a priority.

Indeed, the APCA 2013 conference is themed ‘The net effect: spanning diseases, crossing borders’, and aims to increase participation from partners from Francophone and Lusophone countries.

Despite these efforts and a rising disease burden, palliative care services remain almost non-existent in most francophone regions of Africa.  For this reason, an initial French speaking course was designed and held in Cameroon in April-May 2012, with a second course currently underway.

The 2012 course was noteworthy as the first palliative care initiators course to be held in a Francophone African country. It brought together a multidisciplinary team of professionals and instructors from throughout French speaking Africa.

The feedback from the course has been excellent.

The participants of the course have taken their training back to their base units. Participants have, amongst other activities:

Perhaps most importantly though, is hearing that participants have started seeing patients and treating them with the compassionate, holistic care that is at the heart of the hospice movement.

However, it is clear that more work needs to be done to develop high quality palliative care provision in francophone Africa. For example, development of model units to provide practical palliative care experience for students must be seen as a priority. This is vital to ensure that the future generations of health care professionals understand the importance of palliative care.

It is a tribute though to the course and its participants that a second course is now being held in Uganda at Hospice Africa Uganda. Hopefully this will be one of many more to come.

This article was originally published on the Africa edition of ehospice.