Reflections from a palliative care conference 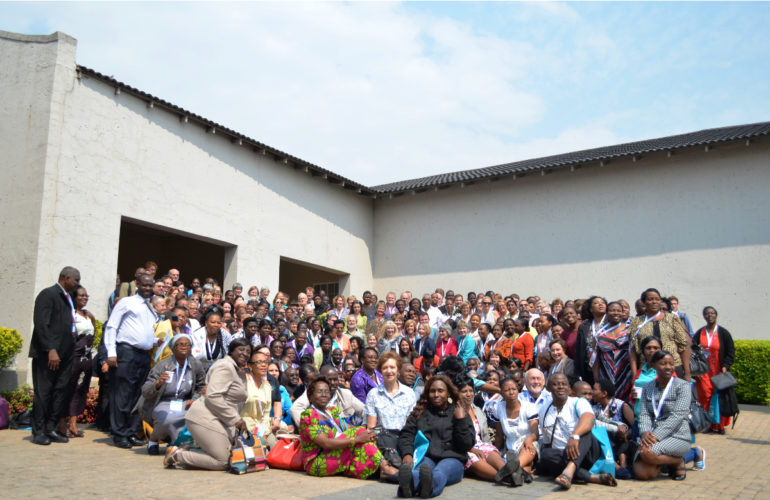 But, if I am being honest, before this conference I wouldn’t have really felt it.

Something in the way I think about palliative care has changed over the last few days though. Trying to put my finger on exactly what is difficult – so much has happened. It could have though been the moment when a Ugandan journalist who I was sharing a stage with let a single tear drop roll down her cheek as she talked about her Aunty being unable to access basic pain medication in her dying days.

It could also have been when a complete stranger, who I still don’t know the name of, approached me and talked to me about the burden of feeding her bed bound mother every day as she was too frail to feed herself and that the local hospital would not accept her because, so they said, “there was nothing wrong with her”.

It might even have been that unspoken moment when a delegate was asked if she had children and after a moment’s pause she responded that, she “used to”.

But of course it was a cocktail of this and more. It was spending 4 days in close confines with inspirational people who were dedicating their lives to ensuring as many people as possible experience the palliative care that they need.

The passion and empathy of so many of the delegates from around the world touched me in a way that I didn’t necessarily expect it would.

On the final evening of the conference there was a diner reception. As I was standing watching delegates dance, joke and chatter, I thought to myself that it felt just like a family reunion. There was a tacit acknowledgement that everyone understood, at least on some level, why everyone else was there. Just like a family is bound by the bond of blood so at this conference it felt like there was an unspoken bond in the knowledge of, and passion for, palliative care.

As with all families though, there also exist unspoken traumas that rest just beneath the surface. But standing watching delegates dance I reflected on what I felt to be the strength of this “palliative care family”. Palliative care gave each member the opportunity to be able to share these traumas that we all have with each other. Everyone was accepting and expecting to offer a ear when someone needed to talk about losing a patient, friend or loved one.

During one of the workshops Reverend Rick Bauer made a comment that stuck with me. He said, “When you are talking to a patient the most important thing you can do is be there 100% with them at that moment.” I think what made the atmosphere at this conference so special was that, almost without realising, delegates were 100% attentive to those around them and to others commitment to rolling out palliative care to all those who need it.