Palliative care has a stake in Millennium Development Goals 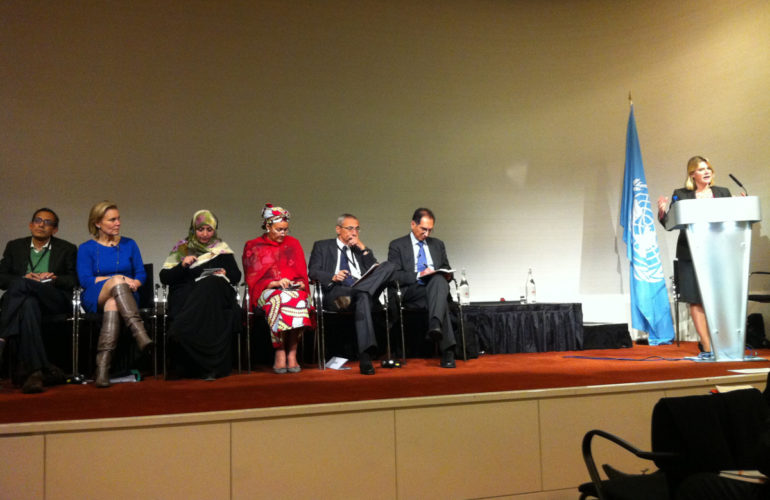 Help the Hospices has accessed almost £1.3 million of funding to support palliative care projects for people living with HIV across India and Sub-Saharan Africa from the UK Department for International Development (DFID) as a direct contribution to Millenium Development Goal 6 (Combat HIV/AIDS, malaria and other diseases).

On a less positive note however, the absence of Non-Communicable Diseases and other conditions that require palliative care from the MDGs may have resulted in resources not being directed at these issues, despite the vast need. It can also be argued that the health MDGs verged towards prevention and treatment rather than improving care and quality of life.

The MDGs, scheduled to be completed by 2015, were eight ambitious targets to address global poverty, three of which focused on health.

On Friday 2 November representatives from the Worldwide Palliative Care Alliance (WPCA), Help the Hospices, the Hospice Palliative Care Association of South Africa and ehospice attended a civil society consultation meeting and reception with the UN High Level Panel on the post 2015 development agenda.

For a detailed account of the meeting, read an article by Claire Morris of WPCA  titled “Post 2015 development agenda- civil society meeting with High Level Panel” on the international edition.