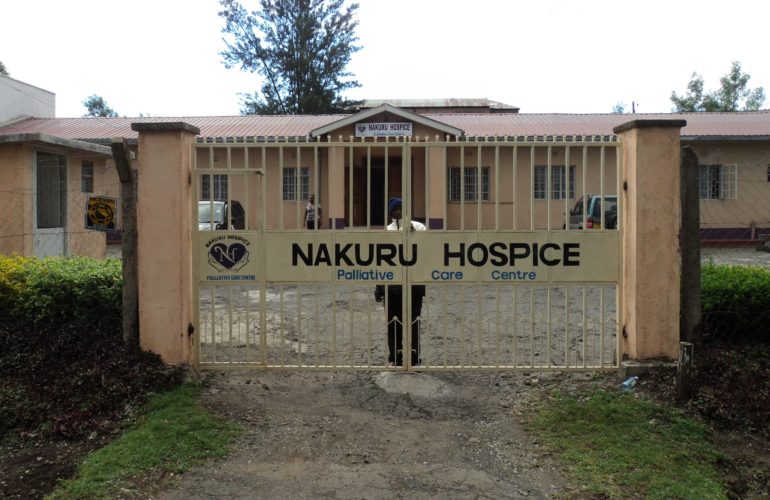 In 2010, Christmas was not the same for Sofie Mang’era, who was taking care of her sick mother.

To couple up the burden, Sofie says she did self-examination on her breasts and felt a lump, a message she relayed to her sister but not her mother for fear of worsening her health status.

“My brother in-law advised me to seek for treatment and to my surprise, hospitals in Nakuru could not offer much help.” She narrates

After taking a biopsy at Aga Khan Clinic in Nakuru that turned positive for cancer, Sofie wondered whether she was going to die and leave her small kid alone.

“I cried and called my husband but he did not pick my call. Why was life treating me this way? I wondered but later, I learnt that he was in a meeting.” Sofie narrates.

The doctor who did the biopsy advised Sofie to begin Chemotherapy soonest possible but she did not have the finances to follow the advice.

“My brother who was working with Kenya Power had taken a medical scheme which helped a lot in my chemotherapy. I lost my hair but as you can see, it is back.” She says.

Later, Sofie was informed of hospice care and I searched for one in Nakuru. “I got to meet generous staff members who gave me the support I needed. They helped me take my treatment positively. Initially I though cancer meant the end of life but I can now positively tell everyone that cancer is not a death sentence.” Sofie says.

She adds that they now have a support group where they encourage other patients on matters of breast cancer, as support is the best thing for such patients.

“I am a teacher by profession and am back to work. I advise my female students to do a self-examination on their breasts on a daily basis and in case they detect any anomaly, they need to take appropriate steps to avoid complications that would lead to a costly treatment. ” She concludes.

William Kiarie, narrating the help of hospice care on behalf of his late wife, says the support was quite comforting.

“My wife was not able to get into a matatu and the hospice staff got a vehicle to help me move her from home to Moi Teaching and Referral Hospital in Eldoret for surgery as well as to Kenyatta for radiotherapy. Sadly she passed on this August.” Kiarie narrates.

He says that during burial, the Nakuru Hospice staff was present to give all the support a person needs at such a difficult time.

Veronica Akoth says that after she took a medical test at a medical lab in Nakuru Provincial General Hospital, the nurses told her to go to ward 13.

“I wanted to know what I was suffering from but the nurses insisted I had to take my results to the ward to know my status, otherwise I was disturbing them.” She narrates.

Akoth decided to go home to prepare her mind psychologically for the announcement because she felt whatever these nurses were not willing to let her know must not a normal illness.

When she finally returned, she took the forms to the doctor who told her she was having breast cancer.

“By then I was oozing blood. I chose not to take treatment, as the cost was exorbitant and asked God to help me. A friend advised me to seek for treatment from the hospital as there was no other doctor who could treat me.” She narrates.

“A friend of mine informed me of Nakuru Hospice and advised me to seek help. I met sister Pamela who requested for copies of my results. I used the only one hundred shillings I had to do the photocopies.” She adds.

Akoth says that other than the copies she left at the hospice; the other thing was her contact. She later received a call for an appointment.

“If we get support for the operation are you willing to undertake it?” She was asked.

She accepted and on 13th September 2012, she underwent through the operation, thanks to Nakuru Hospice for finding a sponsor for her treatment.

“I appreciate the support from the hospice. I had given up the hope of getting medical attention to my condition but they gave me hope all along. Thanks for putting up such a facility to help more people faced with a situation as mine.” She concludes.

Elizabeth Ndung’u, who lost her father to prostate cancer and the Chief Executive Officer of Nakuru Hospice says they intend to run daycare services for patients in an effort to manage their illnesses more effectively.

She thanks Kenya Hospices and Palliative Care Association (KEHPCA) for the continued support and struggle in ensuring palliative care is available for all.