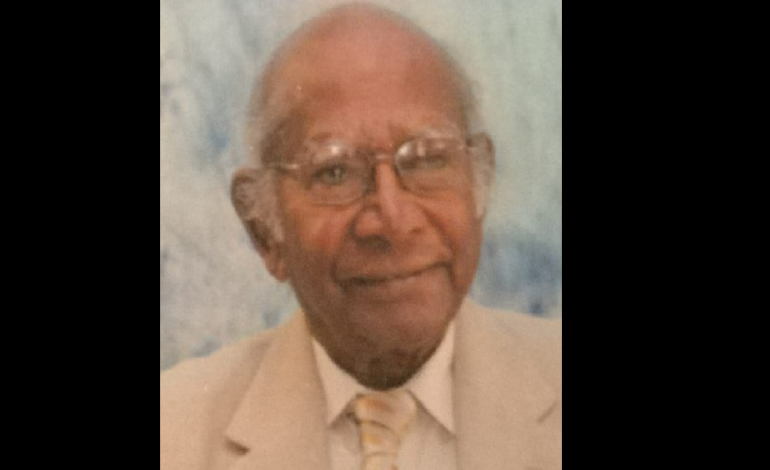 In 1967, he achieved the distinction of becoming the first Indian (South African) to obtain a medical degree from the Royal College of Surgeons in Edinburgh in the United Kingdom.

The management, staff and volunteers at the Chatsworth Regional Hospice Association are mourning the loss of their beloved founder and visionary, Mr CN Pillay, who passed away peacefully on December 25, 2020, at the age of 91.

In 1967, he achieved the distinction of becoming the first Indian (South African) to obtain a medical degree from the Royal College of Surgeons in Edinburgh in the United Kingdom.

Acting president of the hospice, Thilaga Pillay, said, “He was an extraordinary gentleman and a brilliant surgeon, who served the community unwaveringly. He was described as the quintessential role model- high on morals, a stickler for detail and a technically gifted surgeon.”

Mr Pillay was appointed acting professor of anatomy at the Natal Medical School in 1995. He was a distinguished medic, humble and had an unassuming nature.

He had 30 years of unbroken service at the RK Khan Hospital where he worked as a principal surgeon and head of department and retired in 1992. He came into contact with cancer patients, who spent their last days in pain, anxiety and isolation without social and spiritual support.

“The concept of the hospice grew in Mr Pillay’s mind since he joined RK Khan Hospital in 1969. Over the years, it occurred to him that the hospital sent patients home once it was deemed that they are terminally ill. There were various reasons for sending them home- these included shortage of beds and staff, etc. Contact was then lost with these patients,” said added.

On January 21, 1991, he convened a meeting held at the RK Khan Hospital to discuss the establishment of a hospice in Chatsworth. A committee was set up and so began the story of Chatsworth Hospice, which was then officially opened on January 26, 1995.

He was the driving force behind the establishment of the hospice.

“We applaud his invaluable and meritorious contribution to the community. He served as president of the hospice for 14 years and thereafter as honourary life president. The Chatsworth Hospice stands as a testament that one person’s vision made a difference to an entire community. For this, we are eternally grateful. His legacy stands as a beacon of hope, commitment and inspiration to all of us. We are mindful of his personal sacrifice. We salute his vision and mission in establishing a much-needed health facility where patients can be cared for, nurtured and supported mentally, physically, emotionally and spiritually. All these services are offered free of charge,” continued Pillay.

The hospice is blessed to have foresighted founders, who worked together with Mr CN Pillay in establishing the hospice. They are Dr PK Naidoo, Mr R Mannadiar, the late Mr BA Naidoo and the late Dr SC Naidoo.

“What makes it all the more remarkable is that all of them were in full-time employment at that time and used their off-duty hours to make a selfless dream into reality through long hours spent in discussion, planning meetings, reaching out to officials and prospective donors. All the work done at our hospice is underscored by the motto: Love, Care, Compassion ,” concluded Pillay.