Care As hospices we provide the last chance to fill the gap. But it’s like putting a sticking plaster on a deep wound. - ehospice

As hospices we provide the last chance to fill the gap. But it’s like putting a sticking plaster on a deep wound. 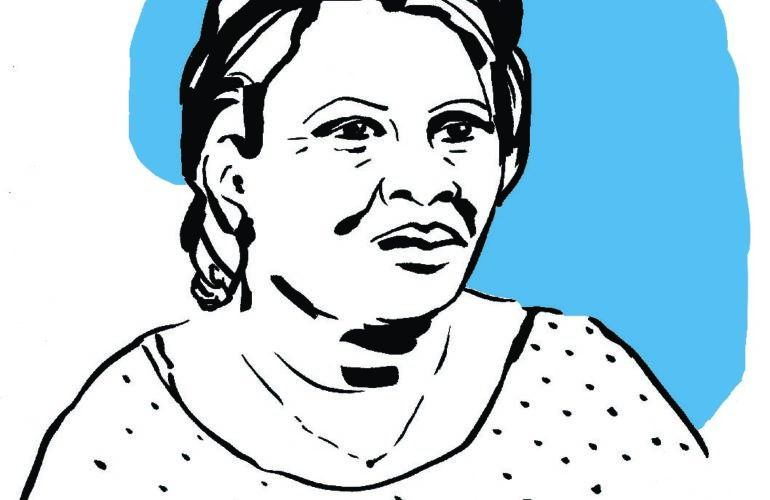 Terminally ill with no accommodation, no English and unresolved immigration status: Social Work in action at St Christopher’s Hospice to support Patricia, who was isolated with No Recourse to Public Funds (NRPF):

The first in a series of three case studies shedding a light on the challenges of supporting those with NRPF.

The referral of a 70-year-old woman with a terminal diagnosis is a routine event for a hospice. What’s less common is for that patient to have no permanent accommodation, speak no English, and crucially have unresolved immigration status which leaves them with no recourse to public funds (NRPF).

There are 1.4 million people in the UK who find themselves with NRPF, outside the system and subsequently denied many benefits. The number of people with NRPF is growing, with Citizens Advice reporting a doubling of referrals since COVID-19.

In pursuit of its mission to provide world class palliative and end of life care to everyone who needs it, whenever or wherever that may be, St Christopher’s Hospice decided to act. In January 2021 it launched a guide designed to help identify and support one of society’s most vulnerable groups.

People with NRPF face a wide range of challenges in addition to their own health issues or those of someone they’re caring for. Here, we address how to overcome issues of isolation, separation from family and English as a foreign language.

Patricia arrived at St Christopher’s Hospice in February 2018 aged 70 having been diagnosed with Stage 4 cancer. While she was approaching the end of life, it also proved to be the beginning of a new chapter in her life.

She had fled to the UK to seek asylum from the Democratic Republic of Congo (DRC) seven years earlier. In DRC, her husband had died, her children had mysteriously disappeared and Patricia herself was arrested, raped and tortured for wearing an opposition party T-shirt at a protest.

In those seven years in the UK, Patricia, who spoke no English, moved around the UK, from one temporary home to another, all the while facing regular in-depth interviews with the immigration authorities who she felt did not believe her story.

In the words of Marie Bertau, who became her social worker at St Christopher’s, “Patricia was living a new sort of trauma, having come to the UK expecting to live a normal life. She was technically homeless and was constantly being asked to recount in detail exactly what had happened to her in DRC. The immigration authorities gave her the impression they thought she was lying and what she’d experienced was not serious.”

Patricia’s unresolved immigration status meant she had NRPF, could establish no support network, could not access education or make friends and had to survive on £50 a fortnight and hand-outs.

Marie picks up the story from when Patricia was referred to St Christopher’s.

“The welfare and nursing teams were the first to get involved. They helped her to find permanent accommodation and managed, working with an excellent solicitor, to settle her immigration status. By the end of 2018 they had also supported her to receive attendance allowance and pension credit.

In October 2018 Marie was asked to support Patricia to tackle her emotional issues. “She knew her cancer was terminal, but she wanted to really live her remaining life as she had felt dead for the last few years.”

In fact, Patricia’s lust for life meant that Marie’s attempts to initiate advance care planning discussions did not get far as Patricia wanted to focus on matters of life and not death, like her preferred place of dying or her funeral.

Marie helped Patricia access classes in English and computer skills – both key to her hopes of integrating into society and establishing a sense of belonging in her new home. As a fellow native French speaker, Marie was also able to communicate well with Patricia and sometimes speak for her – for example when there were misunderstandings between Patricia, her GP and pharmacist.

With Marie’s help, Patricia was able to access a wide range of the services on offer at St Christopher’s and to start to feel a part of the community. “We helped Patricia go through the whole hospice! In terms of hospice intervention with someone like Patricia, you must prioritise. Firstly, you have to consider the very basic human needs such as housing, food and signposting essential NHS services.

“Early on she would love to come and have a massage as the language barrier didn’t matter when all you have to do is just lie there. She accessed complementary therapies, used the gym, had physio, got involved with our Compassionate Neighbours programme, and loved nothing more than coming in, sharing a coffee and just having people say ‘hello’ to her. It was so important to have this holistic approach dealing with all of her needs; social, psychological, spiritual and clinical.”

Marie believes that almost more important than anything else was giving Patricia a feeling that people believed her and urges colleagues working to really take this point on board.

“She was not an angry lady but did feel a strong sense of injustice and was so upset that she had not been believed by the authorities. We need to be so aware about the culture of disbelief. It is our problem as a society that we think of minority groups trying to milk it. Patricia was an older woman who has lived a very difficult life. As practitioners we need to be really positive about people’s experiences.”

First and foremost, hospices need to be on the lookout for people who have NRPF, and understand that their needs must be assessed in a very different way, especially people like Patricia who have been marginalised and isolated for a long period.

“As hospices we provide the last chance to fill the gap. But it’s like putting a sticking plaster on a deep wound. People come through the hospice door and you think ‘why has no one been supporting you before?’. These people don’t ask, are easily missed and then just stay living in misery. We have to go to them because people like Patricia have no idea how to navigate the system. Identification is crucial as this is the last chance to get it right.

With Patricia now living independently and having been discharged from the social work team at St Christopher’s Marie concludes: “It is a bitter-happy ending. We as a society have to decide how we treat people with NRPF. Patricia should have been supported years earlier, not when she got cancer. If she hadn’t been diagnosed with terminal cancer I am not sure what would have happened.”

Fortunately, Patricia was referred to St Christopher’s and a team alert to the issues of people with NRPF.

St Christopher’s NRPF toolkit provides practical information on ways to identify people in this situation, further case studies and an invaluable guide to the physical, emotional, spiritual and social needs to identify, assess and attend to. You can download the NRPF toolkit and watch the launch webinar which includes an interview with Marie.

Support urged for nearly 1.4 million people with no recourse to public funds (NRPF) who face inequalities when they die